Scottie and Larsa Pippen's marriage is in trouble, and it's tough to say where the situation is headed next.

Scottie filed for divorce a couple of weeks ago, and now the rumors are flying as to why it happened, whether there's a chance of reconciliation, and what's going to happen next.

We estimate that Scottie Pippen is worth about $20 million, and Larsa's net worth is harder to nail down since it is very closely tied to Scottie. That's a lot of money to work with in a divorce settlement.

One major aspect in play is the couple's house, which has been on the market for over a year, listed at $11.5 million. It's in Florida, has a place to park a yacht, a full basketball court, and nine bathrooms. Just days ago, they dropped the price by $600k, down to $10.9 million! Apparently, they're looking to move things along pretty quickly.

Regarding the relationship, it's hard to pinpoint the couple's primary issues after 19 years of marriage, but here are a few things that have been going on: For one, the couple has had the police called on them multiple times recently for verbal domestic disputes. According to reports, nothing has gotten physical, but late-night screaming battles never bode well for a happy marriage. 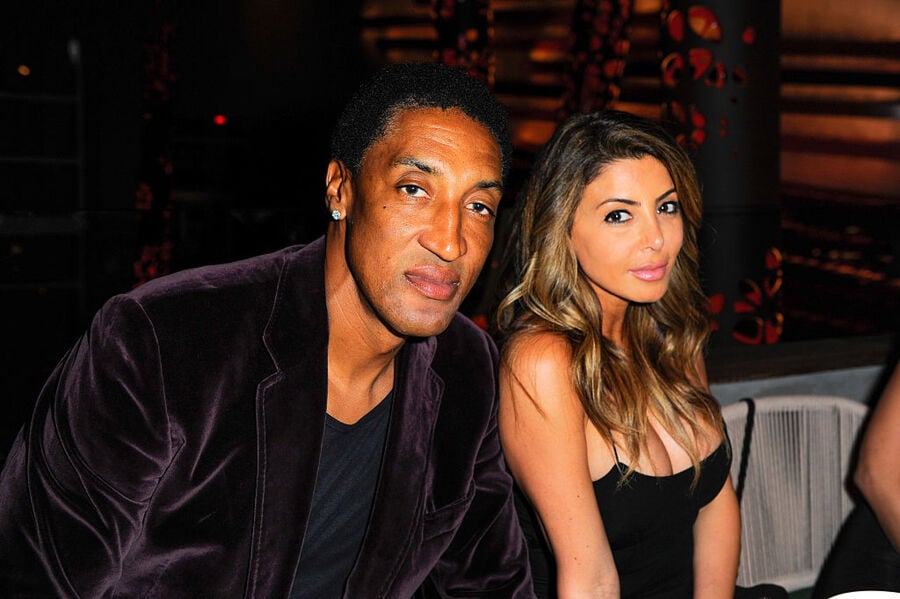 Additionally, Larsa's close relationship with rapper Future hasn't helped. It's unclear at this point whether any real affair has occurred between the two, but they're undoubtedly a little too close for Scottie's comfort.

Scottie also has a long-time love of Chicago, whereas Larsa would like to continue living in Florida. She's been living there separate from Scottie for a while now, raising their four children by herself. He's in Chicago with a new job working as a Bulls analyst for ESPN.

In the divorce, Scottie would like to have primary custody of the four kids and would like to relocate them to Chicago to live with him. Larsa also wants the kids, and she wants the house, additional financial support, and money to send the kids to private school.

The couple apparently signed a prenup back in 1997, but it's unclear whether it still applies, or has been nullified, or might be amended.

In other words, there are still a lot of details up in the air. There are even sources close to the couple that suggest the Pippens might stay married and work things out. From this standpoint, though, it's hard to see how that can happen, considering they live on opposite sides of the country and there's already a divorce in progress.