Despite suffering a few injuries throughout his young career, Saquon Barkley is one of the most talented running backs in the NFL. He's incredibly marketable, as well. Barkley has strong business savvy and personality and the fact that he plays in New York, one of the biggest markets in the country, opens up a lot of opportunities.

In fact, Barkley already has a solid portfolio of endorsement partners, including Nike, Pepsi, Toyota, Visa, Dunkin', and Hulu. Combined, his deals are worth more than $10 million per year.

And on "The Best Business Show", Barkley announced he's taking all endorsements moving forward in Bitcoin. He'll use the crypto app Strike to accept those payments. 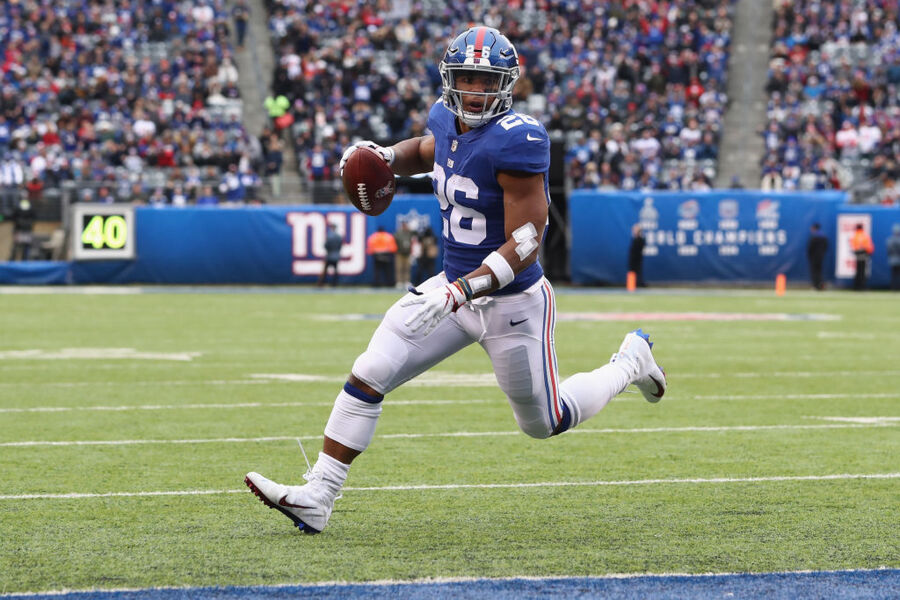 Though other athletes have dabbled in cryptocurrency, this type of decision has never been made before around off-the-field earnings. And Barkley is certainly the biggest name to make a major crypto push with his endorsements. Barkley said he's opting for Bitcoin because of how high inflation is right now, and he feels like he'll get better value with crypto than with cash.

His NFL salary will still stay the same, at least for now. Barkley is on a four-year, $31.2 million deal with the Giants through 2022.

Barkley joins a few fellow NFL players in the crypto game. Perhaps most famously, tackle Russell Okung converted half of his salary ($13 million) into Bitcoin. Free agent tight end Sean Culkin claims he'll take his entire 2021 salary in Bitcoin. This year's number one draft pick Trevor Lawrence has already partnered with crypto portfolio app Blockfolio, which will pay him a mix of Bitcoin, Ethereum, and Solana.

Barkley also added on "The Best Business Show," that he wanted to build "generational wealth," citing the business acumen of other athletes like Tom Brady and Kevin Durant. We'll see if this decision gets Barkley there, but it's going to be one interesting ride, for sure.