San Francisco 49ers Will Guarantee Colin Kaepernick $11.9 To See If He Still Has It

When the San Francisco 49ers benched Colin Kaepernick for Blaine Gabbert, the world assumed it was only a matter of time before Kaepernick was let go. Whatever had worked for him before, was clearly not working for him anymore, and there was no reason to think he was going to get better anytime soon. He was certainly too expensive to keep around as a project to be developed or as a reserve player – his release was only a matter of time.

Then, Chip Kelly was hired.

Kelly has a history with athletic, mobile quarterbacks like Kaepernick. So if anyone would be able to fix Kaepernick, the team had hired the perfect coach to do it – but does the team really want to guarantee a player that might play $11.9 million?

The answer, as it turns out, is yes.

While talking to the press at the NFL Combine in Indianapolis, San Francisco 49ers general manager Trent Baalke stated that Colin Kaepernick would be on the roster on April 1, when his base salary for the 2016 season becomes guaranteed. However, the team would not just turn the offense back over to him. He would have to compete with Blaine Gabbert for the starter's role.

He's nuts, right? Did he not see how terrible Kaepernick played last season? Why on Earth would he want to commit so much money to a player who could very well stink, once again?

It's actually a pretty shrewd move. 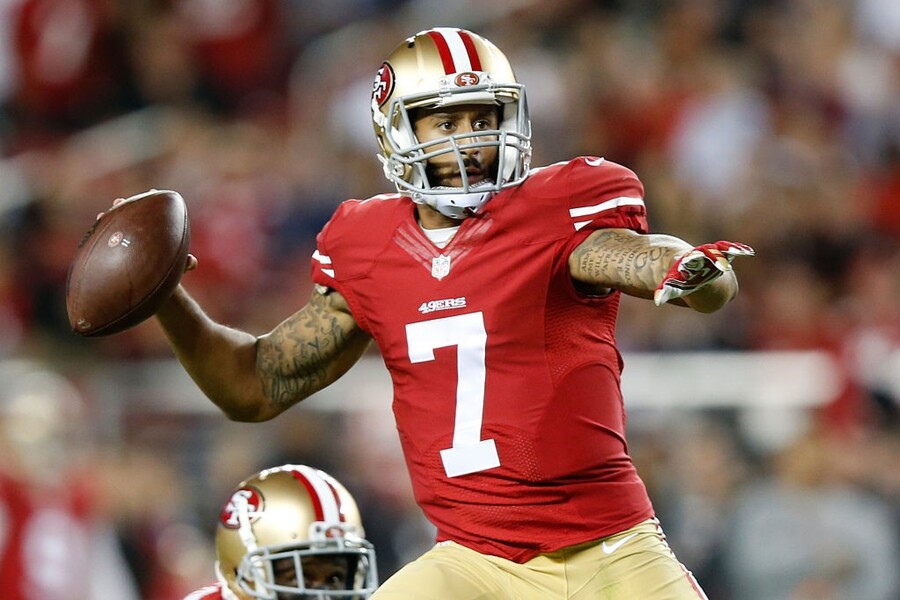 When another quarterback-friendly head coach was running the team, Kaepernick was pretty good. Jim Harbaugh got the most out of him each and every week. Jim Tomsula clearly did not. Keeping Kaepernick on the roster has little to do with his perceived talents. It's all about seeing if quarterback guru Chip Kelly can turn Kaepernick back into a top-notch quarterback.

If he can, great. If he can't, they'll just cut him before his $14.5 million base salary for the 2017 season becomes guaranteed, but $11.9 million is still a lot of money to guarantee a guy that may very well just be a back-up next season. Should he become the starter, his salary is just going to be middle of the road (15th among quarterbacks next season).

So yes, $11.9 million is a lot to pay your No. 2 quarterback, but it is a steal for a good No. 1 quarterback. He'll be competing with a guy that only has a base of $1.75 million (Blaine Gabbert) so the team is certainly going to give him every chance to play.

However, it looks like the team may end up going a different route. After the team announced it was planning on keeping him and having him compete with Blaine Gabbert next season, word spread online that Kaepernick's agent had requested permission to seek a trade.

Does the team want to keep a guy who doesn't want to be there? With the No. 7 pick in the draft, they could pick up their next quarterback of the future, but do they really want to start over? With a new head coach it would be the perfect time…

Fans will have to wait and see what happens.