The San Francisco 49ers Are Paying Jim Tomsula $10.5 Million To Go Away

By Travis Pulver on January 8, 2016 in Articles › Sports News

The San Francisco 49ers surprised the football loving free world when they let Jim Harbaugh go after the end of the 2014 season. The dissension between him and the organization was well known, but the team had not been as successful as it had been under Harbaugh in years. Why get rid of someone who had turned your team into a Super Bowl contender? In spite of his success, they let him go and promoted defensive line coach Jim Tomsula to head coach.

Good idea? Harbaugh ended up turning around the Michigan Wolverines program in his first season, while the 49ers floundered under Tomsula finishing with a 5-11 record, the worst the franchise has had since 2007.

So he was fired. 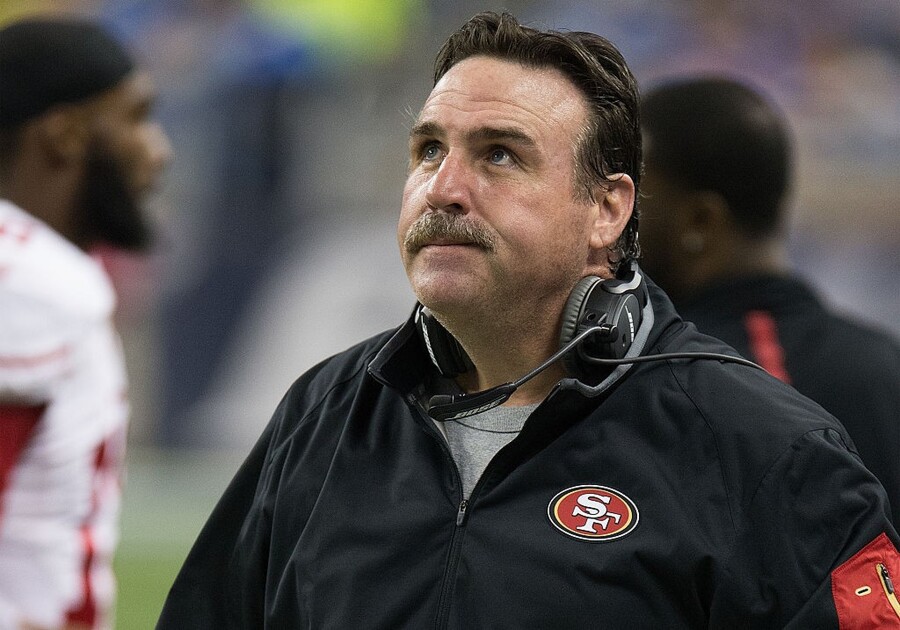 "Jimmy has been a valuable member of the 49ers organization for the last nine years," CEO Jed York said in a statement. "We all know he is a man of high character, and his contributions on the field and in our community have always been greatly appreciated. This entire organization is proud and grateful to have worked so closely alongside Jimmy. We all wish him and his family great success in the future."

It will be interesting to see if Tomsula interviews with any other teams for head coaching positions or if he goes back to being a position coach. He didn't exactly shine as a head coach and had only interviewed for a head coaching position one other time (in 2014 for the Minnesota Vikings), but he was a good defensive line coach during his time with the 49ers. If he wanted to he could take some time off, after the severance package he got from the team. Jed York has said that the team is going to pay him the $10.5 million that remained on his contract.

York didn't come right out and say it, but inferred that hiring Tomsula was a mistake.

"I didn't see the team improve collectively from the beginning of the season to the end," York said via ESPN. "That's what ultimately led to this decision. We didn't get this one right. We have to make sure we get this next one right."

Many wondered why the 49ers would promote someone who had only been a position coach during his days in the NFL. He did have experience as a head coach with an NFL Europe team, the Rhein Fire, where he went 6-4. He did serve as the interim head coach for the 49ers back in 2010, but had otherwise served as the defensive line coach since 2007.