The hope of every player who enters the NFL is to be able to do two things: 1) win the Super Bowl, and 2) earn at least one big money contract. The journey is harder for some than it is others. Some will go early in the draft, and will be expected to play immediately. Others will have to wait and see if anyone calls after the draft to offer a free agent deal.

Just being on a roster after the draft does not mean you are going to make the team. Even if a player happens to make the final cut, it still doesn't mean he will get to play. It is kind of hard to earn a second contract, let alone a big money deal, if you don't get to play.

That was the route San Francisco 49ers defensive tackle Ian Williams had to take. After going undrafted out of Notre Dame in 2011, he was signed by the 49ers as a free agent. He played well enough to earn a contract extension in 2013, but was injured for much of the next two seasons.

Shortly after free agency opened up a couple of weeks ago, the dream became a reality for him. He signed a five-year deal with the 49ers for $27.5 million. It isn't J.J. Watt or Ndamukong Suh-kind of money, but it still qualifies as a big money deal.

However, there was a caveat to the deal – he had to pass a physical. Williams suffered a badly broken ankle during the 2013 season. To make matters worse, he broke his leg in 2014, while playing against the New Orleans Saints. So, passing a physical would be easier said than done for him. It certainly didn't help that he injured the ankle again during the off-season. 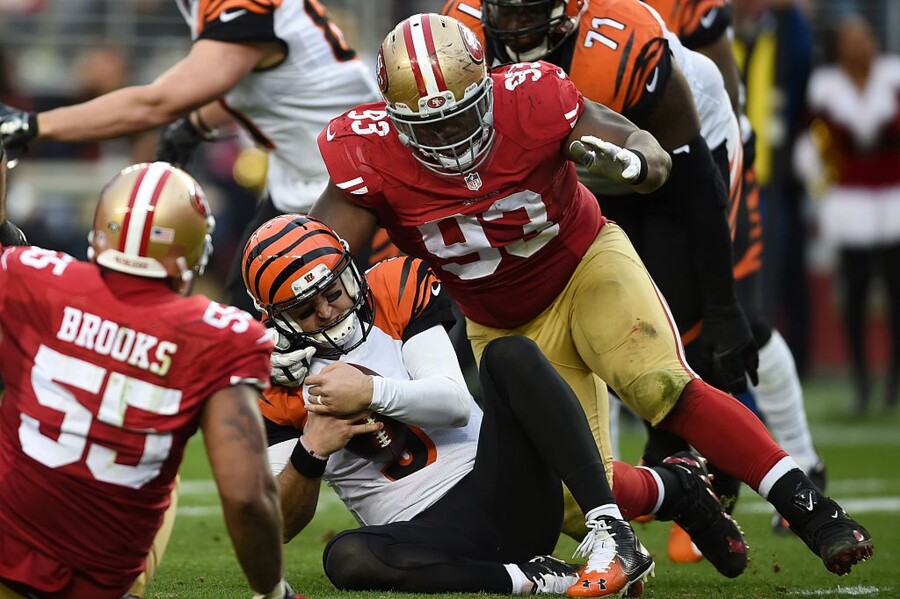 He was named a captain last season and was able to play in all 16 games for the first time in his career. After the season, he had surgery on his ankle again putting his availability for the season opener in doubt.

With an injured ankle, there is no way he could pass a physical. As a result, the 49ers voided his nice five-year deal and signed him to a one-year deal worth up to $6 million.  He now has a base salary of just $1 million, but will receive a $125,000 bonus for every game for which he is on the roster.

It only makes sense for the 49ers not to commit too much to a player who has the injury history that Williams does. Perhaps, if he can maintain the level of play he had in 2015, and not suffer another injury that requires surgery, the 49ers will make him an even better offer after the 2016 season.