Philip Rivers has been one of the better quarterbacks in the NFL for some time. He has passed for more than 4,000 yards in six of the last seven seasons, and for at least 20 touchdowns in each of the last nine seasons (30+ in four of them). During his career, he has gotten the San Diego Chargers to the AFC Championship game, but has yet to make it to the Super Bowl.

He is a little on the older side at 33, but there is no reason to believe that he is going to slow down anytime soon, especially with the Chargers restocked with young talent and ready to compete. He has already made over $119 million playing for the Chargers, and could stand to make a lot more, should he opt to resign with the team when his contract expires after this season.

Normally, a marquee player like Rivers would be offered a contract extension before he begins the final year of his current contract. Rivers, however, has been reluctant to engage in talks, choosing instead to focus on the season at hand. 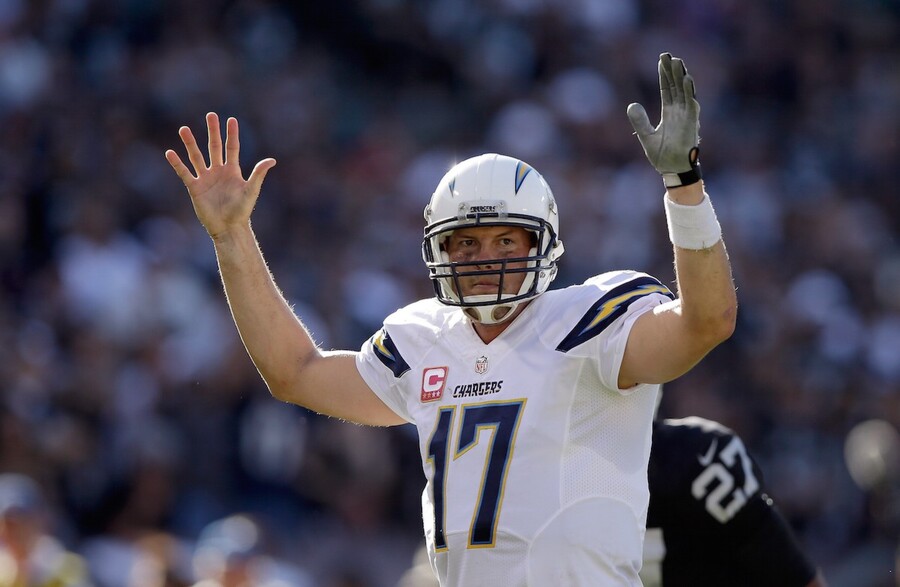 Would he actually retire rather than move? Only Rivers knows for sure, but when he sees the kind of money the team is willing to put on the table the next two years, he might change his mind.

Rumor has it that the team and Rivers have made progress in contract talks, but that a deal is unlikely to happen before the start of the 2015 season. Should that be the case, it appears the team has no problem putting the franchise tag on him in 2016. They will have a few months to still try and negotiate a long term deal with him before the '16 season, but if they don't that will put his salary next year around $25 million.

Where it gets really interesting, is what the team is willing to do should they not come up with a contract extension prior to the 2016 season – franchise tag him again. If they do, he gets a 20 percent pay raise from his previous year, putting his salary in 2017 at $30 million.

Basically, the Chargers are willing to pay Philip Rivers $55 million over the next two seasons to stay with the team. That is nearly half of what he has made throughout his entire career.

So – will he uproot the family for $55 million? He would be insane not to. If his wife and kids miss their San Diego friends too much he can just charter a private jet every weekend to fly them over to Los Angeles.

He'll certainly be able to afford it.