Every year, we hear about countless numbers of athletes going broke after they retire.  It's been reported that 78 percent of NFL players are either broke or financially stressed within five years of retirement. That number drops to 60 percent for NBA players. For some, bad investments did them in, but more go broke because they continue to spend money like they are making millions a year when they are not.

Kawhi Leonard will not be one of those guys.

The 24-year-old San Antonio Spurs star signed a five-year deal worth $94,343,126 – and it's all guaranteed. Plenty of guys have signed mega-deals only to go broke when their playing days are over, but it is highly unlikely that Leonard will be one of them.

How do we know this? Is he like Marshawn Lynch and Rob Gronkowski, who have yet to spend a penny of what they have made in the NFL? If he is, that has not been made public.

No, it's because of what he drives – a '97 Chevy Tahoe nicknamed the Gas Guzzler, which he got from his grandmother. Before that, he had been driving the Chevy Malibu he had in college. 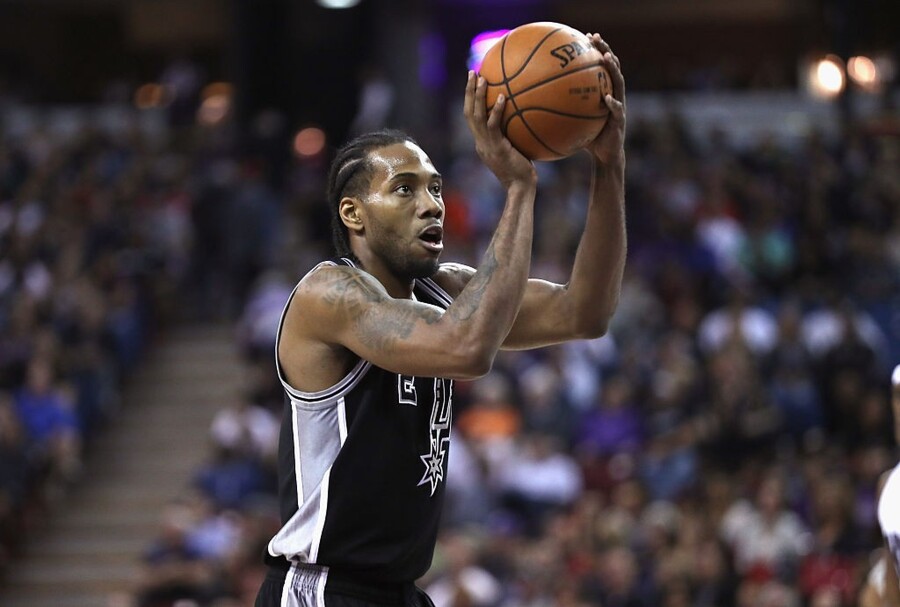 It's not unusual or unreasonable for someone making his kind of money to want to buy a new car, and many guys do go out and spend a $100,000 on a new sports car. Yoenis Cespedes signed a three-year, $75 million deal with the Mets in the off-season. He reported to the first week of training camp driving a new vehicle each day, including an $80,000 jeep, a $68,000 Polaris Slingshot, a Lamborghini Aventador ($397,500), and an Alfa Romeo 8C Competizione ($299,000).

Why does he drive such an old car when he could easily get something new and shiny? His logic is pretty straightforward – it's paid for. He kept driving the Malibu because it got good gas mileage.

You will definitely not find Leonard wasting money on expensive watches, gold chains, or diamond grills for his teeth. He owns one watch and one chain.

"I'm not gonna buy some fancy watch just to show people something fancy on my wrist," he says.

Leonard has not completely escaped the desire to buy something new, shiny, and expensive. He does own a Porsche, but with the exception of game nights, it usually stays in the garage.