The San Antonio Spurs had been looking to trade LaMarcus Aldridge over the past few months. However, they were unable to find a deal they liked, so they kept the big man.

And now, they're rewarding him with a new contract.

The Spurs and Aldridge agreed to a three-year, $72.3 million contract extension. Under his previous contract, Aldridge had a $22.3 million player option for the 2018-19 season. This new deal also includes that option – Aldridge will opt in next season, with his contract lasting through the 2020-21 campaign.

It seems the Spurs couldn't find anyone better than Aldridge on the free agent market. And after striking out in trade negotiations, they had no choice but to re-sign him despite an unimpressive tenure in San Antonio so far. 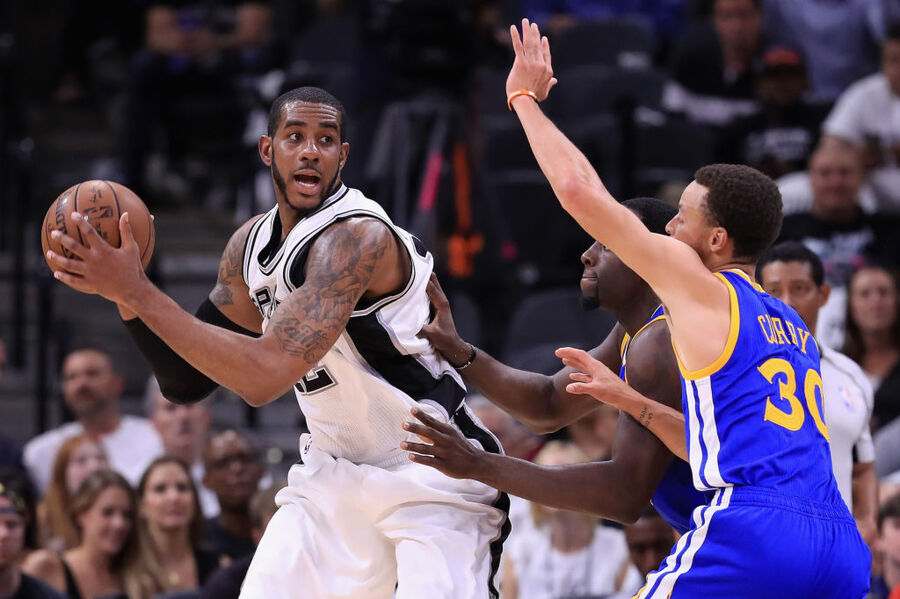 In two years with the Spurs, he's averaged 17.6 points and 7.9 rebounds. That's about two points and half a rebound worse than when he was in Portland. He's also seemed to shrink under pressure and hasn't adjusted well to playing second fiddle alongside Kawhi Leonard.

Even worse, when Leonard got hurt during the playoffs, Aldridge didn't step up as the team's number-one option. In the three full games Leonard missed against the Warriors, Aldridge shot a rough 15-for-39 and only averaged 11.3 points and 5.3 rebounds per contest. The Spurs were outscored by 65 points in those three games when Aldridge was on the floor. In fact, Aldridge posted a minus-45 plus/minus rating throughout the entire postseason.

His contract certainly hurts the Spurs financially, but at the same time, they almost had to make the move. Other big men with similar skill sets – like Paul Millsap and Blake Griffin – will be making between $6 and $8 million more this season than Aldridge.

When you look at it that way, this extension is almost a bargain. But considering the Spurs just gave up a ton of cap flexibility for next offseason, they're putting a lot of stock into Aldridge returning to his Portland form.