Once Again, Sam Bradford's Business Savvy Is Going To Earn Him A TON Of Money

Back when he was still attending college at Oklahoma, current Eagles quarterback Sam Bradford made an incredibly shrewd business decision about his future that helped him earn millions of dollars.

Bradford's decision to enter the 2010 NFL Draft after an injury-plagued junior season resulted in a six-year, $78 million contract from the Rams. The following year, under the league's new collective bargaining agreement, Cam Newton, also a #1 pick, signed a four-year, $22 million deal. Entering the draft was a risky decision, but it paid off in a big way for Bradford. 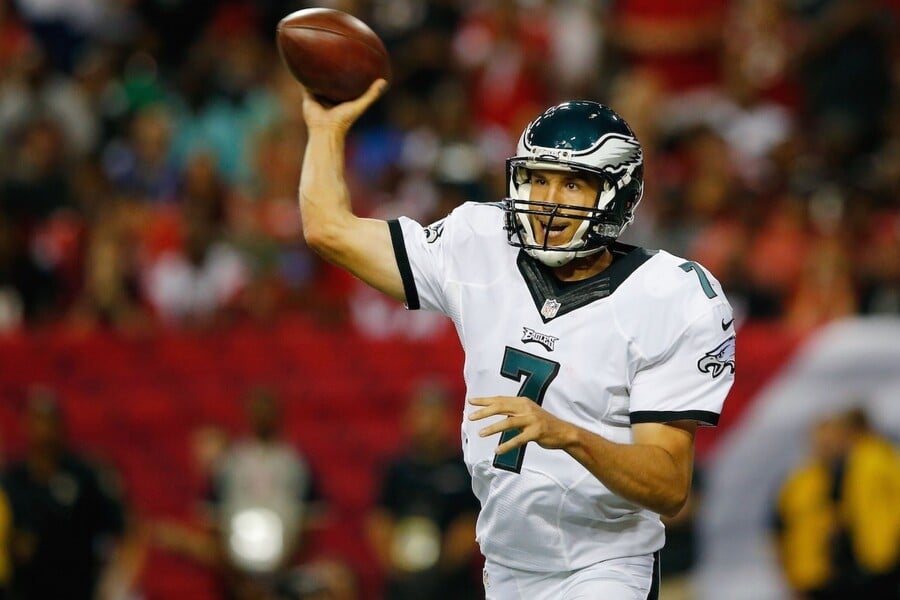 Fast forward to 2015: Bradford is in the final year of that rookie contract, and he's once again betting on himself. Rather than signing a contract extension now, Bradford is going to play this year before looking for a new deal. And thanks to the rapidly rising salary cap, he could be making more than $20 million per year!

Over the past three seasons, the salary cap has risen by 18.8% to $143 million. By 2016, that number is projected to increase to $160 million. That means teams will have about $30 million to spend on players this off-season.

Even better news for Bradford? A ton of quarterbacks have locked up extensions over the past couple of years. Ben Roethlisberger, Russell Wilson, Joe Flacco, Jay Cutler, Ryan Tannehill, and a host of other starting quarterbacks are locked up for the long-term. Bradford is going to earn a big contract simply by being one of the few quality quarterbacks on the market.

The Eagles could put the franchise tag on Bradford, preventing him from entering free agency for another year, but even in that situation, he'd be making $20 million next year. If he ends up signing a longer contract in Philly or elsewhere, he could earn even more than that for several seasons. Teams who are close to contending, but need an upgrade at quarterback could certainly do worse than the former #1 pick.

Of course, part of the problem is Bradford's health. He's missed 31 games over his first five seasons, including the final nine games of 2013 with an ACL injury, and all of 2014 after re-tearing the same left knee. But with a full year to recover, Bradford is back to 100%. In the high-flying Philadelphia offense, he should be able to put up big numbers if he can stay healthy.

So far in 2015, though, "should be" and "is actually doing" are proving to be radically different. The Eagles are one of the most inept offenses in the league, and Bradford hasn't looked great under center. But it's a long season, and he has plenty of time to right the ship. If he does, he'll be quite the rich man come this off-season.