Sam Bradford Is No Longer On An NFL Team, But He's Still Made A Ton Of Money

The Arizona Cardinals released Sam Bradford earlier this month, bringing his career in Arizona to a merciful end. Bradford, who signed a one-year, $20 million contract with the Cardinals this offseason, was benched after starting just three games, finishing 50 for 80 for 400 yards, two touchdowns, and four interceptions.

You may notice those statistics are not very good. But Bradford has somehow made a career out of receiving huge paychecks without producing on the field.

Bradford's numbers have been pedestrian, at best. In 83 games, he's completed 62.5 percent of his passes, with 103 touchdowns and 61 interceptions. His teams have finished 34-48-1 in those games, a winning percentage of .416. 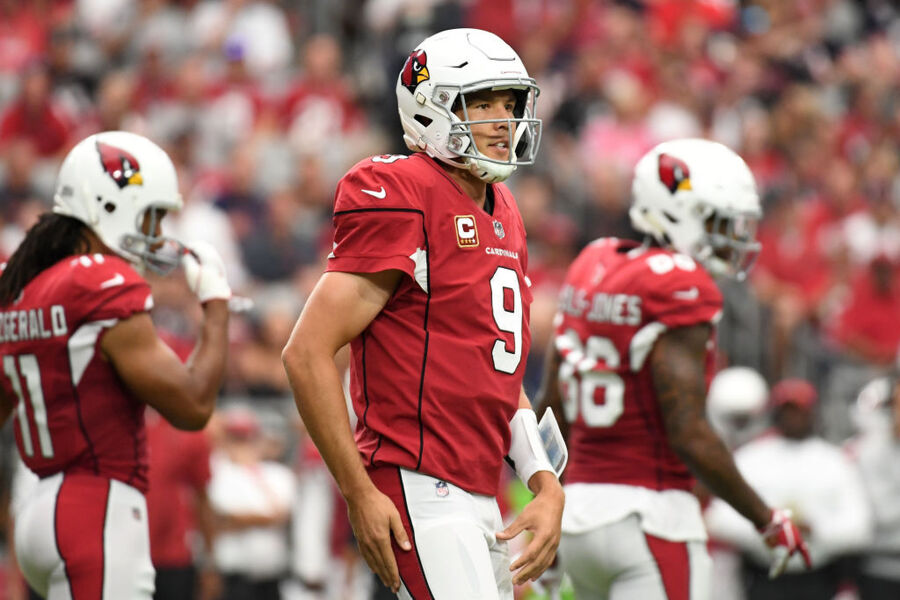 Perhaps the most baffling stat of the above is the number of games played. Bradford has averaged just 9.2 games played per season, yet he still keeps commanding large contracts.

It's puzzling: Bradford has only played all 16 games in a season twice, and those seasons both happened within the first three years of his career.

In fact, unless another team picks him up this season and he plays more games, he'll have made three or fewer appearances in three of the past five seasons.

And sure, there have been tantalizing flashes of potential. Bradford finished with 23 touchdowns versus five interceptions in two years in Minnesota. But after suffering yet another injury last year, he lost his starting job. The Vikings signed Kirk Cousins in the offseason and had no reason to keep Bradford on the roster.

It's highly likely another team will give Bradford a chance at some point in his career. He's a former Heisman trophy winner and No. 1 pick, and NFL coaches love nothing more than a good reclamation project.

Until then, Bradford has plenty of money to keep him busy.