In last year's playoffs, Ryan Tannehill led the Tennessee Titans past Tom Brady and the New England Patriots. Then, he had to spend this offseason listening to reports that Brady was going to replace him as the Titans quarterback. But rumors of Brady crashing town turned out to be overstated. Instead, Tannehill just signed a new contract to stay in Tennessee.

The Titans and Tannehill agreed to a four-year contract worth up to $118 million. The deal, worth $29.5 annually, includes $62 million guaranteed and $91 million in total guarantees.

The contract continues Tannehill's impressive career turnaround. He won Comeback Player of the Year last season, finishing with 2,742 passing yards, 22 touchdowns, and 12 interceptions while leading the NFL with a 117.5 passer rating.

Tannehill, the 8th pick of the 2012 draft, spent several inconsistent seasons in Miami. The Dolphins traded him to the Titans last season, where he eventually replaced Marcus Mariota in Week 6. Tannehill helped lead the Titans to the AFC Championship Game, their best playoff performance since making the Super Bowl in 1999. 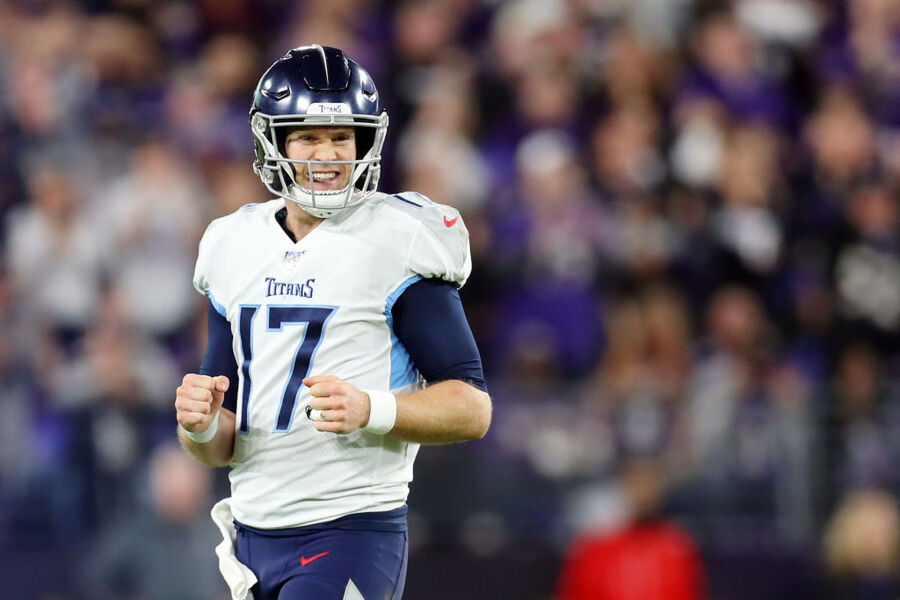 And now, the team is looking to advance even further – with Tannehill as their starter, not Brady.

Tennessee was widely believed to be a top destination for the longtime Patriots quarterback. Brady has a strong relationship with Titans head coach Mike Vrabel.

But Tannehill is excited to "run it back" with the Titans. This time, he'll be looking to go a step further and bring a Super Bowl championship  to Tennessee. It would be the first in franchise history and another momentous step in Tannehill's career.