Ryan Fitzpatrick Claims He'd Rather Sit Out Next Season, Than Take Jets Offer

Ryan Fitzpatrick has to be a pretty smart guy. You can't be a dummy and graduate from Harvard. However, if he isn't careful, the smart guy may find himself out of a job next season.

After a good season in Houston, Fitzpatrick was traded to the New York Jets following the end of the 2014 season. Geno Smith, the incumbent, had his jaw broken in a locker room fight, opening the door for Fitzpatrick and his epic beard to become the Jets Opening Day starter last season.

He played well enough over the next few weeks to keep the position, once Smith was healthy enough to play. He went on to have arguably his best season as a pro, throwing for new career highs in yards (3905) and touchdowns (31).

For the first time in years, the Jets looked good – and Fitzpatrick had a lot to do with it. With him under center, the Jets had their first 10-win season since 2010 and lost by a touchdown or less in five of their six losses.

When he became an unrestricted free agent at the end of the year, he made it clear he wanted to get paid. He felt he deserved it, and few would argue that he did not. There was just one problem. 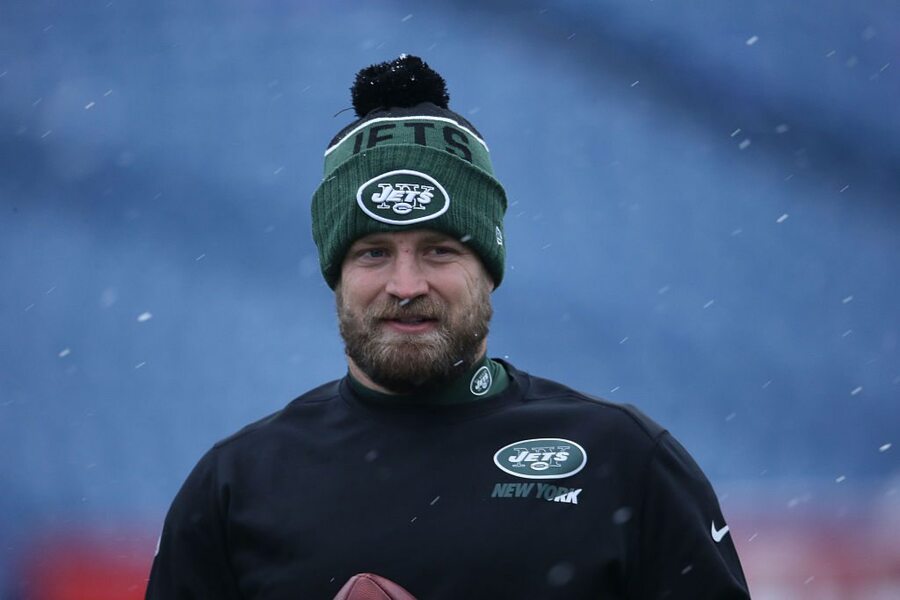 The Jets do not want to pay him.

Even the Jets front office would not have to agree that he played very well last season. He had quickly developed a great relationship with Eric Decker and Brandon Marshall. For the first time in years, the Jets were still in the playoff hunt late in the season.

However, he is getting old (he'll turn 34 in November). Older quarterbacks are notoriously brittle, and he already has an injury history. Skills also diminish with age. Fitzpatrick threw three interceptions in the fourth quarter of the season finale last year. The Jets front office is probably worried that was the beginning of the end for him.

According to the rumor mill, the Jets have offered a three-year, $21 million contract, and would be willing to go as high as $8 million a season. Fitzpatrick supposedly wants double that. He has called the Jets offer insulting, and has said he would rather sit out next season than take it.

It is not hard to understand his argument. A contract that is averaging $7 million a season would put him on par with Chase Daniel and Robert Griffin III. Nick Foles is going to make $8.75 million this season and will probably not play a single down.

It is not hard to see his point of view, but he should have realized by now that there isn't much demand for a quarterback on the wrong side of 30. It is unlikely the Jets go back to Geno Smith, but they could give Baylor gunslinger Bryce Petty a shot and they drafted Penn State's Christian Hackenberg.

If Fitzpatrick continues to hold out, he could be passing up his last chance to start in the NFL. He could carve out a role as everyone's favorite back-up for a few years. But if the Jets' offer is insulting, he'll probably retire rather than be the guy that didn't know when to quit.