This off-season, Ryan Fitzpatrick and the New York Jets engaged in a tense contract standoff. Fitzpatrick, who was coming off a career year, throwing for 3,905 yards, a Jets-franchise record 31 touchdowns, and finishing with the highest QBR of his career, wanted to be rewarded for his play. Meanwhile, the Jets wanted to believe they had a starting quarterback for the foreseeable future, but there were some red flags. Fitzpatrick was on his sixth team and had thrown at least 15 interceptions in four of the previous six years, including a league-leading 23 in 2011.

Just before training camp began, the two sides finally agreed to a deal: one year, $12 million, all of which is fully guaranteed. It was the perfect compromise; Fitzpatrick would get paid a strong guaranteed salary, and the Jets, who had gone a surprising 10-6 last year, wouldn't be stuck with a lengthy contract. Fitzpatrick's contract could also earn him an additional $3 million based on team performance incentives.

Whether it was a lack of preparation from missing a chunk of the off-season, a lack of a supporting cast, or just simply bad luck, Fitzpatrick started the season about as poorly as a quarterback can. He leads the league in interceptions and is dead last in quarterback rating. It took only six games for the Jets to decide to bench Fitzpatrick in favor of Geno Smith. While the Jets' 1-5 start to the season was bad, here's an even more shocking number: Fitzpatrick is earning 17.7 times more money than Smith. 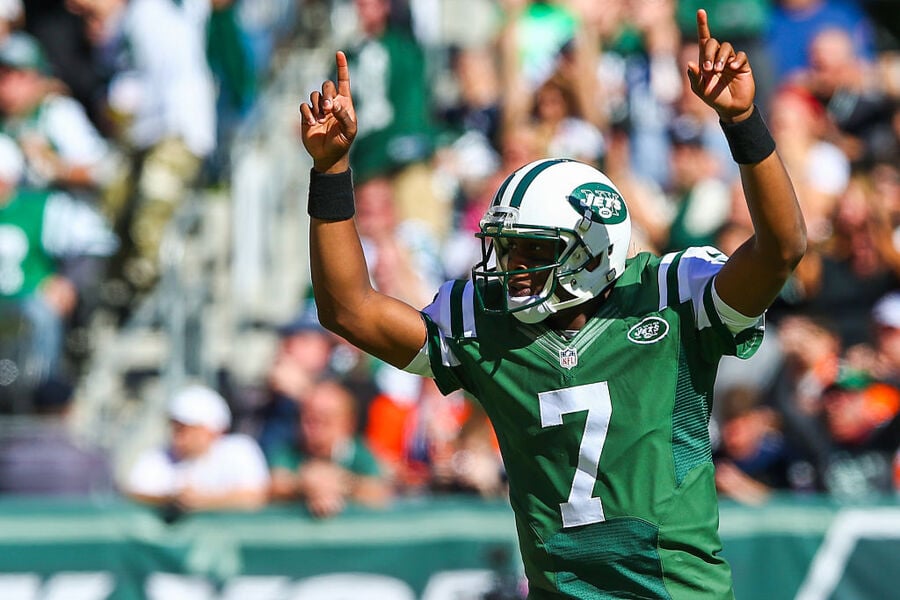 Smith, whose salary is just $675,000, is probably best known outside of New York for an altercation last year with then-teammate IK Enemkpali that resulted in Smith getting punched in the face. While the moments that led to the altercation are unknown, Smith's leadership qualities were questioned, as there were rumors that he owed Enemkpali $600 and refused to pay up.

Whatever the reason, Smith has said that altercation "made him a man" and thinks it'll be a positive moving forward. But, as has become the custom for the Jets lately, the positive was short-lived: Smith tore his ACL in his lone start. Ironically, Fitzpatrick replaced Smith and led the Jets to their second win of the season.

Fitzpatrick said after the game that management stopped believing in him, which he said made him play angry. It worked for one game, but how much of a leash does he have? His 11 interceptions are still more than anyone else in the league, and it's not like much has changed with his surrounding cast.

If Fitzpatrick continues to struggle under center, it's possible the Jets turn to Bryce Petty, their third-string quarterback, though with Smith's injury, Petty has now been promoted to backup. Petty has never made an appearance in a regular season game and is set to make $525,000 this year, which is about 22.9 times less than what Fitzpatrick is making. The team could give rookie Christian Hackenberg some reps, too.

Hey, when you're 1-5 and needing a shot in the arm, you'll give anything a try. Even if that means benching your quarterback who's making a ton of money…only to have to re-insert him into the starting lineup the following week. Maybe everyone can just forget about the benching in the first place? 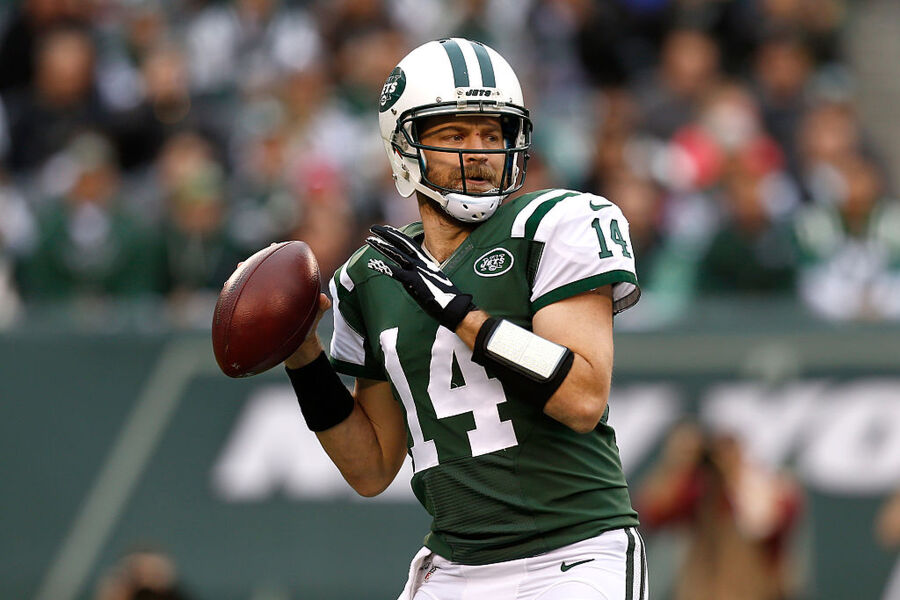 Jeff Zelevansky/Getty Images
Did we make a mistake?
Submit a correction suggestion and help us fix it!
Submit a Correction