Seahawks fans may have gotten worried earlier this offseason when grumbles emerged from Russell Wilson's camp about his salary. After all, now that the vaunted Legion of Boom has dissipated, Wilson routinely had to carry his team to victory. But he was being paid like a middle-of-the-road quarterback.

Well, you can put those worries to rest. Wilson is now the highest-paid player in the entire NFL.

Wilson and the Seahawks agreed to a four-year, $140 million deal. The contract includes a record $65 million signing bonus and $107 million guaranteed.

The 30-year-old quarterback has made five Pro Bowls and led the Seahawks to a Super Bowl victory in 2013. The team made a second trip to the Super Bowl the following year. 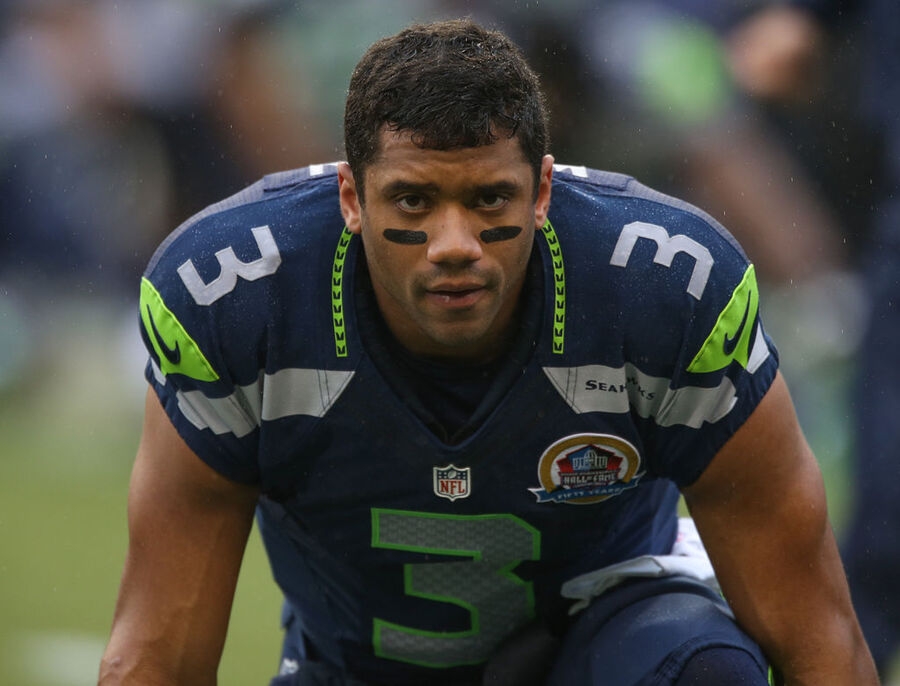 That 2013 win is the only Super Bowl championship in franchise history. Wilson has also led the Seahawks to a winning record in each of his seven seasons.

Wilson was set to become a free agent next off season, wrapping up a four-year, $87.6 million deal. Instead, he'll be with the team through 2023. His deal also includes a no-trade clause.

According to multiple reports, Wilson gave Monday – Tax Day, in a nice twist – as a deadline for the Seahawks to pay up. And it looks like they just made the deadline, with Wilson announcing the deal from bed with his wife Ciara.

Certainly not an orthodox way to share a deal, but when you're the highest-paid player in the league, why not? Check out Wilson's announcement below.