These days, it is easy to forget where many of our favorite NBA superstars played their college basketball. They spend so little time in college, that in many cases, they are not there long enough for people to associate them with the school.

Many NBA fans may not know where Oklahoma City Thunder superstar, Russell Westbrook, went to college. However, UCLA fans and players will not soon forget him. Thanks to a donation he made to the basketball program, players will see his name every time they go to practice once the new facility opens. 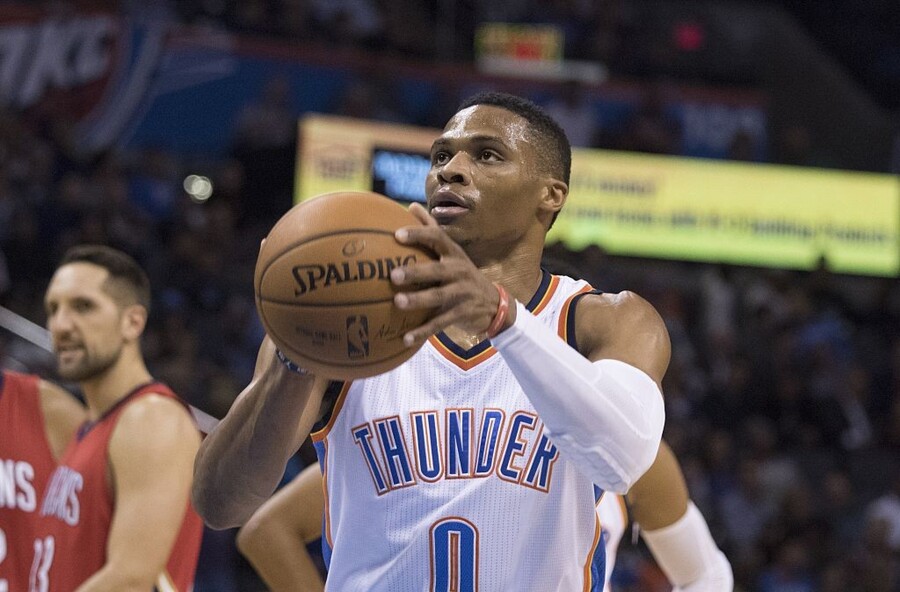 The official word is that his donation is the single largest ever given by a former player (significantly so). As a gesture of gratitude, the athletic department has announced that the practice court in the new state of the art facility will be named after him (the Russell Westbrook Court).

He only played two seasons at UCLA, but he made them count, by helping the team make the Final Four in both seasons. They marked the first time UCLA had played in the Final Four since the Jim Harrick days. After his sophomore season, he chose to enter the draft and was taken by the Seattle Supersonics (now Oklahoma City Thunder) with the fourth pick.

"I loved my time at UCLA and jumped at the opportunity to give back to the University that provided me with amazing opportunities and great memories," said Westbrook in a press release. "I am truly honored to be part of the legacy that is Bruin basketball."

UCLA will honor Westbrook and recognize his donation formally during the Bruins' conference home opener against Arizona on January 7. To make it a true Russell Westbrook experience for the fans, those in attendance will get a pair of eyeglass frames, like the ones Westbrook has been known to wear during press conferences.

This is not the first time he has used his celebrity and money to give back to the community. In 2012, he founded the Russell Westbrook Why Not? Foundation. The purpose of it is to teach children to face their hardships, fight through them, and never give up.

UCLA has been working on raising money from private donations to go towards the completion of the new basketball center. Since last spring they have raised over $17 million, and hope to surpass $25 million before construction is completed in 2017.

So far, the largest donation has been from music producer Mo Austin whom the center will be named for (he donated $10 million).