Fresh off an MVP award, Russell Westbrook is making a big move.

The All-Star guard signed a five-year, $205 million contract extension with the Oklahoma City Thunder. Combined with his current contract, Westbrook will make $233 million over the next six years, making his deal the largest in NBA history.

To add a little intrigue to his deal, Westbrook signed his extension on former teammate Kevin Durant's birthday. Durant left the Thunder to join the Warriors last offseason. Perhaps it's just a coincidence, but Westbrook waited 90 days to sign, so it seems like he had this planned all along.

Westbrook is the third NBA player to have at least $200 million in guaranteed money, joining James Harden ($228 million) and Steph Curry ($201 million). Westbrook, who averaged a triple-double last season, will make $569,512 per game before taxes in the final season of his contract. 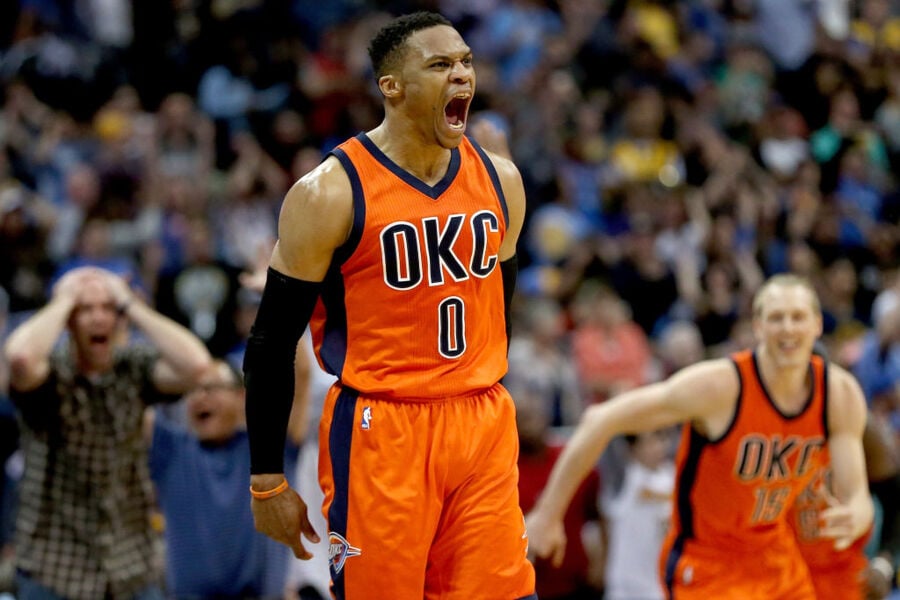 The contract extension isn't the only big deal Westbrook has made. Just a few weeks ago, he signed what is supposedly the largest contract in Jordan Brand history. The deal with the athletic company will allegedly pay him between $15 million and $20 million per year. On top of the $40 million per year he's earning from Oklahoma City, Westbrook will be bringing in a cool $60 million per year.

A local LA native, there was talk that Westbrook might leave after this season to join the Los Angeles Lakers. However, this new deal should keep Westbrook around for quite some time.

If he's going to win, it'll be with the Thunder. It's going to be a fascinating year in Oklahoma City.