Well, Thunder fans, you can take a deep breath. Westbrook is sticking around, at least for a few more years. And the way he's restructured his contract, it's going to make him a huge amount of money over the next several seasons.

Westbrook, who was due to be a free agent next summer, renegotiated his contract into a three-year, $86 million deal, with a player option after the second year. The move was made possible when the Thunder rescinded their qualifying offer to guard Dion Waiters, who left the team and signed with the Miami Heat. That gave the Thunder enough cap space to offer Westbrook a max-level deal. 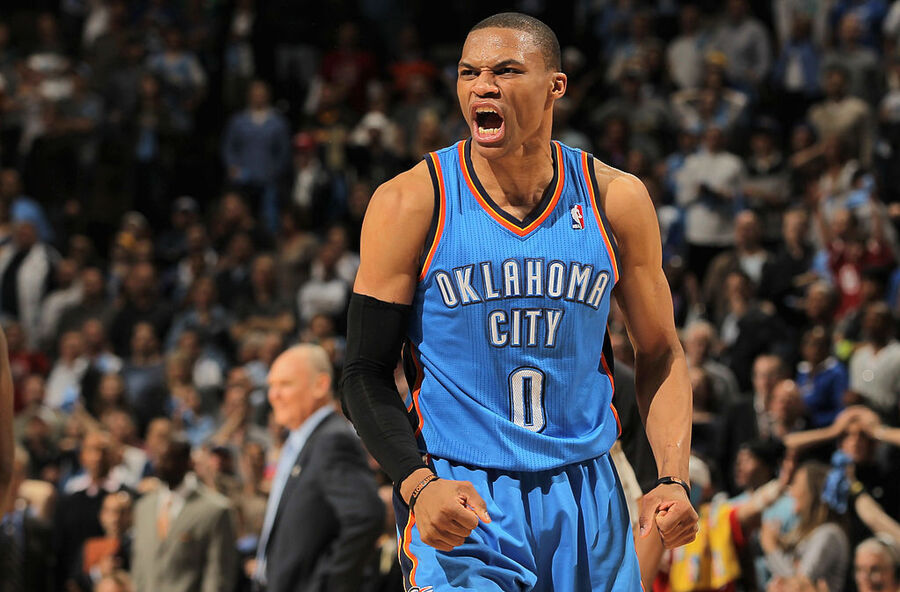 That's a lot of money by itself, but Westbrook is actually setting himself up for a huge payday in a couple of years, whether it's from the Thunder or another team.

Oh, and let's not forget that the salary cap is projected to increase again next offseason, too. It already jumped $24.1 million this year, and currently the projections have it increasing to $102 million. That's actually a decrease from earlier projections, but hey, next summer is a long ways off. A lot of things can change in that timeframe.

If he stays with the Thunder, he'll be able to earn even more money. Because Oklahoma City owns Westbrook's Bird Rights, they're able to offer him an additional season, for one, but they can also give him 7.5 percent annual raises instead of 4.5 percent. Westbrook could potentially make an additional $10 million in his next contract, plus whatever the contract is actually worth, by sticking in Oklahoma City.

Westbrook remaining with the Thunder also gives the team a recruiting tool to try and get other stars to come to Oklahoma City. It's a lot more alluring for a potential free agent to play with a perennial All-Star and triple-double threat than a bunch of role players.

For now, the Thunder are just glad they don't have to go into complete rebuild mode.