Russell Okung And The Worst $53 Million Contract Ever

When offensive tackle Russell Okung announced that he had come to an agreement with the Denver Broncos on a five-year deal worth $53 million, the football-loving free world was amazed. Not because the Broncos were paying him a crazy amount of money. It was because he negotiated the deal without an agent.

"I got the deal that I wanted," Okung told the media.

Players have tried to negotiate contracts without the services of an agent in the past. More often than not, they ended, leaving a lot of money on the table and signing a very team-friendly contract.

No one thought Okung would be the exception to the rule? Would there finally be a player that acted as his own agent and did not have a fool for a client?

As it was initially reported, it looked like a tremendous deal. However, as the details were made public, it became apparent that the deal was far from tremendous. In fact, if an agent had negotiated this deal, he would have been fired for a number of reasons. 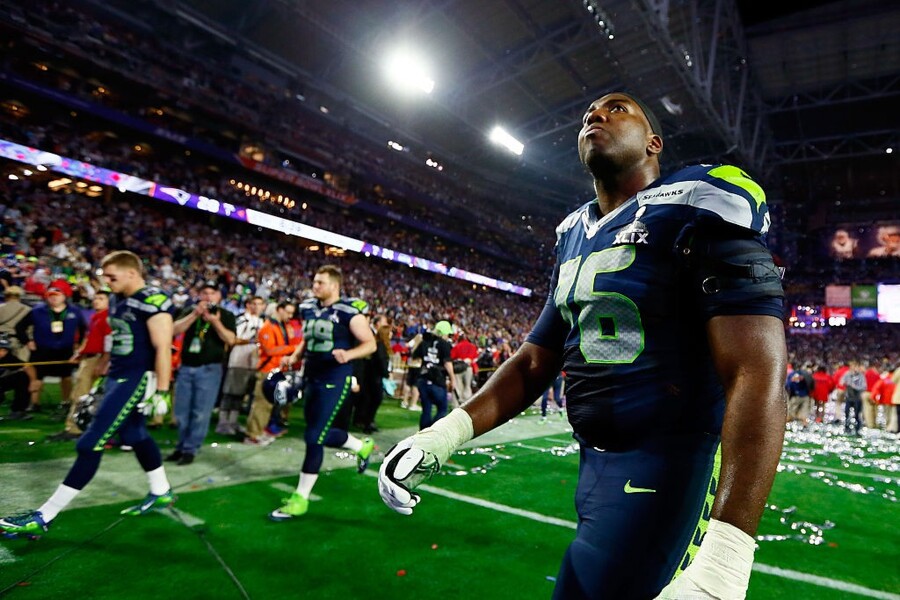 Ryan Clady, the guy Okung is expected to replace, received a $3 million signing bonus with $15 million guaranteed when he signed his five-year deal for $52.5 million back in 2013.

If that mistake wasn't bad enough, the deal is not actually for $53 million and five years. It's a one-year contract for $5 million (with a max of $8 million with incentives), with an option for four-years, $48 million with $20.5 million guaranteed.

Should the Broncos decide they do not want to pay him $12 million a year for the next four years, they can decline the option, and Okung will hit the free agent market once again. If they do, he will become the fourth-highest paid tackle in the league. Last season, according to Pro Football Focus, he ranked 24th in the league.

Starting to sound like a pretty bad deal? Well – it gets worse.

The Broncos could actually get away with paying him just $1 million, considering how the first year of the deal is structured. His base salary is $2 million, he'll get a roster bonus of $2 million once he is on the roster for one regular season game, and he'll get a $1 million workout bonus for participating in the off-season program—but not till it ends.

So if the Broncos wanted to, they could cut him loose at any time before the off-season program ends and not owe him a dime.

Hey, at least he didn't have to give his agent three percent ($1.59 million) for negotiating such a train wreck of a deal.