Rudy Gobert has had an intense year. He was snubbed from the 2020 All-Star game in February. In mid-March, he became the first NBA player to contract COVID-19, and the NBA shut down for more than four months as a result. And now, with mere days left in 2020, Gobert signed the largest contract an NBA center has ever seen.

Gobert and the Utah Jazz agreed to a five-year, $205 million extension. The deal is the largest for a center and third-largest in NBA history. Russell Westbrook signed a five-year, $206.8 million in 2017 and Giannis Antetokounmpo signed a $228 million deal earlier this month.

Perhaps the most impressive part of Gobert's deal is that he could have signed for even more money. He was eligible to receive a supermax deal that would have been worth $228 million, just like the one Antetokounmpo signed. 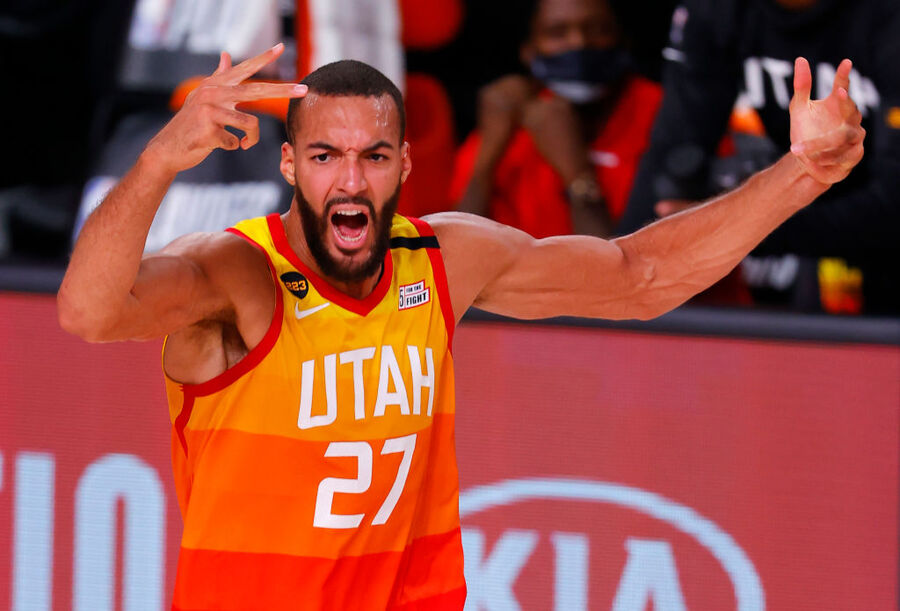 Instead, the 28-year-old wanted to offer the Jazz more flexibility. They signed Donovan Mitchell to a five-year max extension worth $163 million (and potentially up to $195 million) earlier this offseason. Mitchell then donated $12 million to his day school.

"For me, it was important to show to the organization and show to the team that it wasn't about money," Gobert said about his decision. "It was about continuing to build what we've been building and also give this team and give myself the stability and the peace of mind to not have to deal with the negotiations later. I want to win, and I feel like leaving this money on the table for the team just to be able to have better talent around me and Donovan was really important."

Gobert is entering the final season of a four-year, $102 million deal. He's been an All-NBA selection in three of the past four seasons and won Defensive Player of the Year in both 2017-18 and 2018-19. And he wanted to reward the Jazz for believing in him.

Now, the Jazz will work toward securing the complementary pieces to build around their two franchise cornerstones. If they can make a championship happen, they'll help fulfill Gobert's dream of "creating a legacy" in Utah.