On Halloween, the Utah Jazz made a long-term commitment to defense and rebounding when they signed center Rudy Gobert to a 4-year, $102 million extension.

The 24-year-old rim protector was drafted 27th overall in the 2013 draft, so his nine-figure extension speaks to his dedication to improvement over the past few years.

"I've got a lot of room to grow," Gobert said. "I know I'm not the player I can be yet. I've got a lot of work to do. It all starts now." In other words, he understands just how big of an investment his squad just made in him.

Gobert averaged almost 10 points-per-game last year, which is just a bonus next to his 2.2 blocks (3rd in the league) and 11 rebounds (6th in the league). It was his first season as a starting center, and he already put up numbers that nearly led the league. He seems to be continuing on that track thus far this season.

The Jazz don't have any intention for Gobert to become a go-to scorer in the paint. They simply want him to defend, rebound, screen, and pass. Basically, they want him to keep working on the things he already does well. 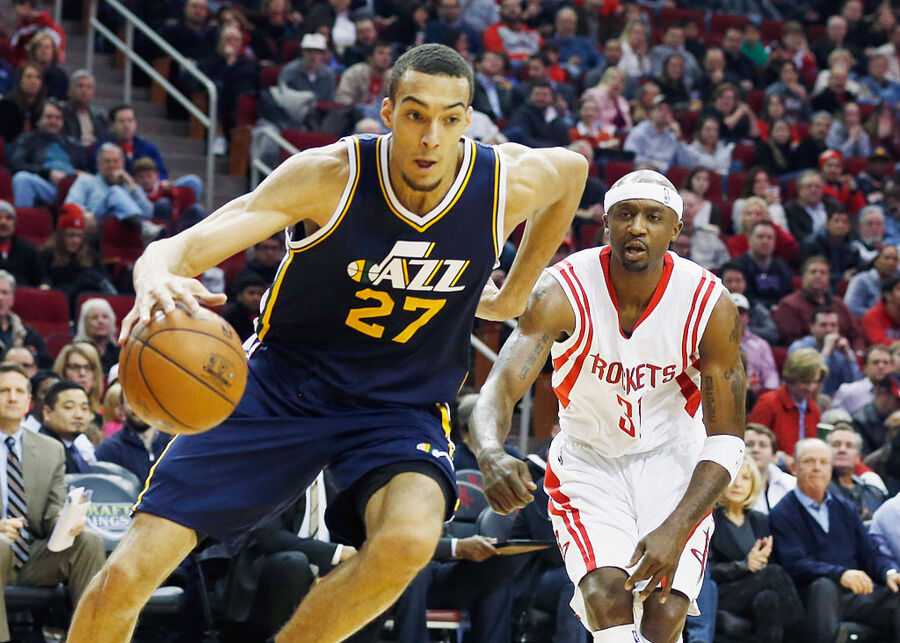 "What we want to do is make him better in the role that he currently has, and then if there's anything more than that, that's gravy," said general manager Dennis Lindsey. "It's icing on the cake."

Head coach Quin Snyder compares Gobert most closely to veteran center Andrew Bogut, with his ability to contribute to the offense through his high-post screen-setting and passing.

"Right now, what he's doing that I think is the most effective way to use him [are] two things: One, he's able to pass; and two, he's learning how to screen," said the coach. "You see certain guys in the league that are great screeners — Bogut being the most obvious example — they just make their team so much more efficient. That's something he continues to buy into. And then obviously, his offense will come from that as people have to react."

In other words, if he can screen, pass, and finish in the paint, that's all the Jazz will ever ask of him on the offensive end.

Gobert's defensive and rebounding abilities come largely from his unusual physique. He has a wingspan of 7'9″, and a standing reach of 9'7″. Those are both records at the NBA combine. Combine that with the fact that he's bulking up (he's up to 250 pounds – 12 pounds heavier than he was when he came to the league), and he's quickly becoming one of the most imposing inside forces in the NBA.

Time will tell how much the huge new investment will pay off. Last season, the Jazz finished 40-42, just missing the postseason in the Western Conference. So far this year, they're 5-4.