One of the silliest sports feuds in recent years started because of nothing the two people involved did. It all began when media types and bloggers began to wonder if Ronda Rousey could beat Floyd Mayweather. When Mayweather was asked what he thought, he pretended not to know who she was, and even referred to Rousey as a 'he.'

Since then, the two have taken turns taking shots at each other in the media with Rousey firing the latest salvo. When stopped by a TMZ camera crew she had this to say:

"I don't know if you saw the Floyd thing, where he said, 'When you make $300 million in a night, give me a call.' I actually did the math and given the numbers in my last fight, I'm actually the highest-paid UFC fighter, and I'm a woman. And I think I actually make two to three times more than he does per second. So when he learns to read and write, he can text me then."

Whoa. Hold on a second there Ronda. That's a pretty big claim. Is it possible? Could she have done it? 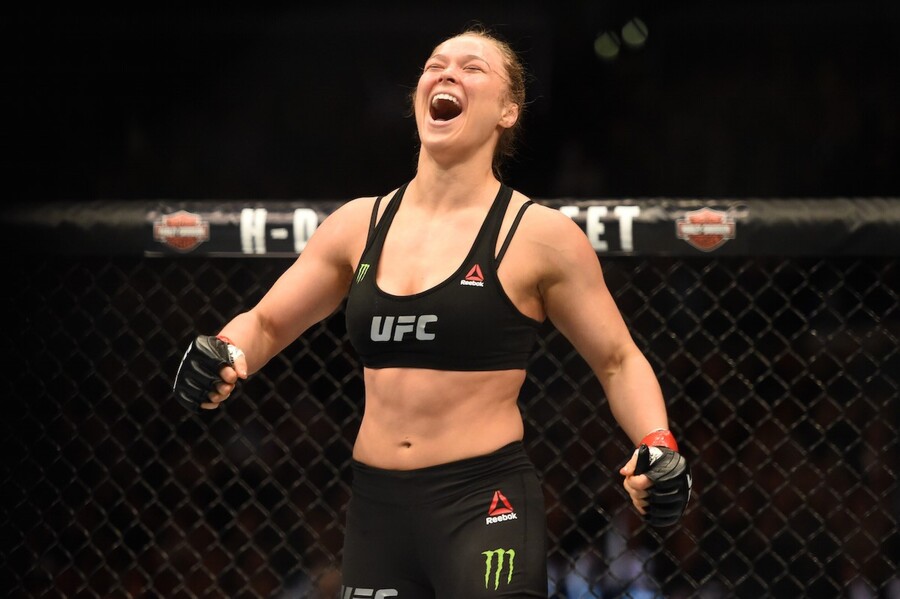 Let's take a look at the numbers that we know.

From June 2014 to June 2015, each fighter fought twice; Mayweather against Marcos Maidana and Manny Pacquiao and Rousey against Alexis Davis and Cat Zingano. Mayweather made $300 million in that time frame and Rousey $6.5 million.

Using those numbers she is absolutely right. Mayweather went the distance in both fights so he worked 4,320 seconds at a rate of $69,444/second. Rouse fought for a grand total of 30 seconds against her two opponents putting her per second total at $216,667 (must be nice, right?).

So looking at those numbers she is absolutely right – but they are somewhat misleading.

Of her $6.5 million only $3 million came from fighting while the rest came from movie roles, her book, and endorsements. That puts her per second rate at $100,000.

Mayweather made $15 million from endorsements. Subtract that from his total and he made $65,972 per second.

However, before you tweet her and try to rub it in her face remember one very important thing – she can fight. So make her mad at your own peril.