Before this season, Ronald Acuna, Jr. played in just 111 games for the Atlanta Braves. That's barely two-thirds of a single season, but Acuna played well, en route to winning Rookie of the Year. That was more than enough to impress the squad, who offered Acuna a record-setting deal.

Acuna agreed to an eight-year, $100 million extension. He becomes the youngest player to sign a deal worth at least $100 million.

The deal keeps Acuna on the Braves roster through at least 2026. The team also has options for 2027 and 2028, worth $17 million both years. The contract also includes a $10 million buyout of the two option years.

Acuna, who is from the small town of La Guaira, Venezuela, believes the deal won't affect him much. 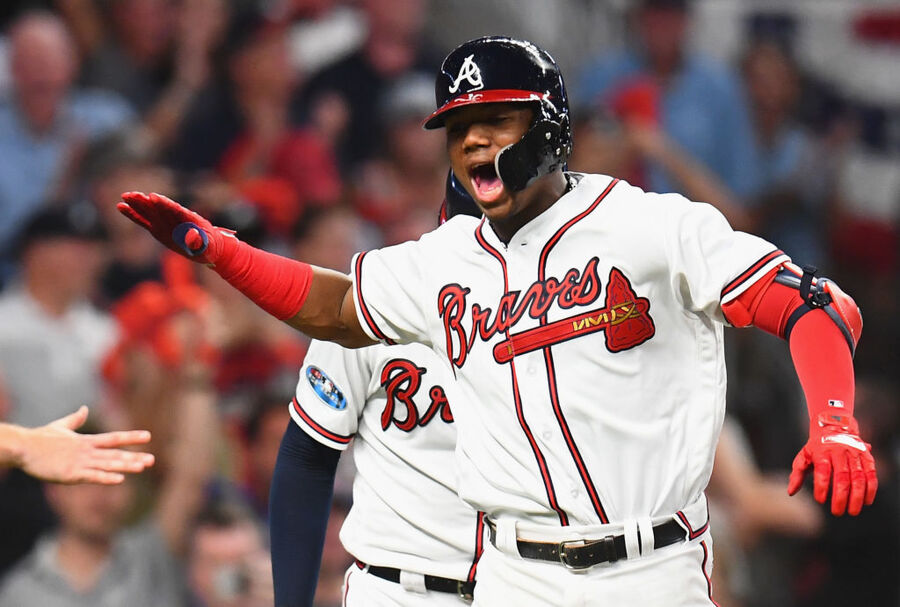 "I don't think much is going to change, to be honest," he said after signing the deal. "I do come from a humble place, La Guaira, Venezuela. I'm proud to be from there and I plan to just continue to put work in."

This is just the second time the Braves have paid a player at least $100 million. They signed first baseman Freddie Freeman to an eight-year, $135 million extension prior to the 2014 season.

After his Rookie of the Year performance last year, the Braves were encouraged by Acuna's work ethic this off season. Acuna became the fastest player to hit 25 home runs in a season before turning 21 years old, needing just 92 games to do so.

The Braves signed Acuna as an international free agent when he was just 16. If the Braves exercise both options on his new contract, he'll have spent nearly half his life with the organization.