Man, it's good to be the commish.

Roger Goodell just signed a five-year deal to remain commissioner of the NFL. Though the base salary of his new contract is in the single-digit millions, he has the potential to make $200 million over five years if he meets all of his incentives. About 85 percent of Goodell's salary will be determined by ownership approval and validation.

That amount will be nearly double what Goodell made in his first ten years as commissioner. From 2006 until 2015, he earned $212.5 million. The last year public records are available is 2015; Goodell made $32 million that year. He's set to earn up to $40 million per season in his new deal. 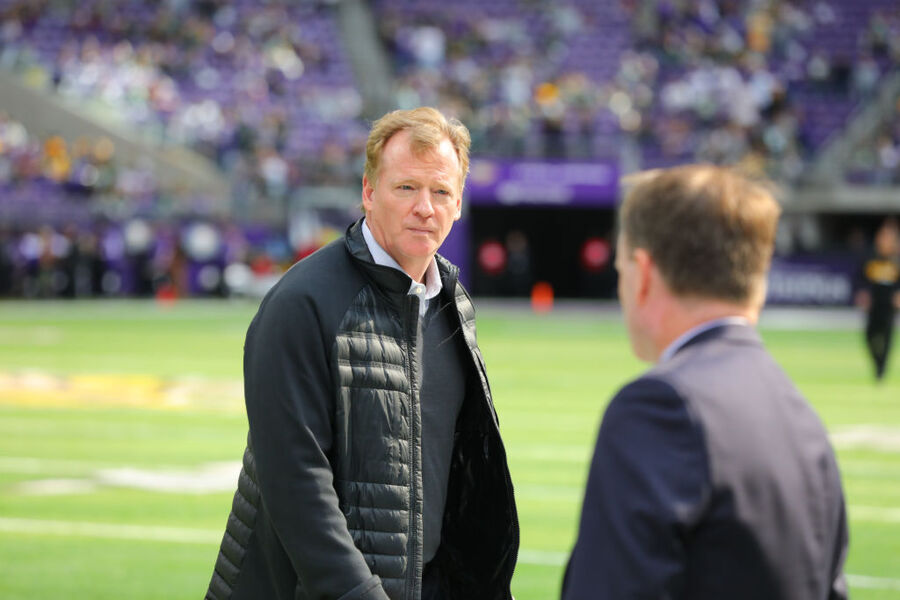 According to Atlanta Falcons owner Arthur Blank, owners will have a more direct line to Goodell in the future, including a session with the commissioner at owners meetings.

Six members of a compensation committee voted in approval of Goodell's extension, but there was a seventh who likely would have voted no.

Dallas Cowboys owner Jerry Jones was working to halt an extension. Jones was upset over the way the league handled the suspension of Cowboys running back Ezekiel Elliott. The Cowboys owner, who was removed as a non-voting seventh member of the compensation committee, later said he wouldn't sue over the extension but that he sought "accountability" throughout.

He's probably not the happiest about Jones's extension. For everyone else, they're glad to get a deal done after a hectic 2017 that included a raging debate over NFL player protests during the national anthem.

And now, Goodell has the chance to make more money than any commissioner ever has.