The NFL season is nearing its halfway point, and with several teams looking like championship contenders, we're shaping up for another exciting finish. One person who likely won't mind who ends up in the Super Bowl, though? NFL commissioner Roger Goodell. He's going to make a ton of money no matter who wins.

The New York Times reported Goodell has made $128 million over the past two seasons. About 90% of that money ($115 million) is the result of bonuses, working on the league's collective bargaining agreement, and securing a massive new media deal for the league.

With a 1,019 to 959 vote, the league approved a new collective bargaining agreement in March 2020. The new agreement added another game to the schedule, with the 17-game slate set to continue through 2030.

On top of that, in March of this year, the NFL announced new television deals. Games will air on ESPN, ABC, Fox, CBS, NBC, Amazon, and NFL Network through 2033. The value of these contracts is worth a reported $100 billion. 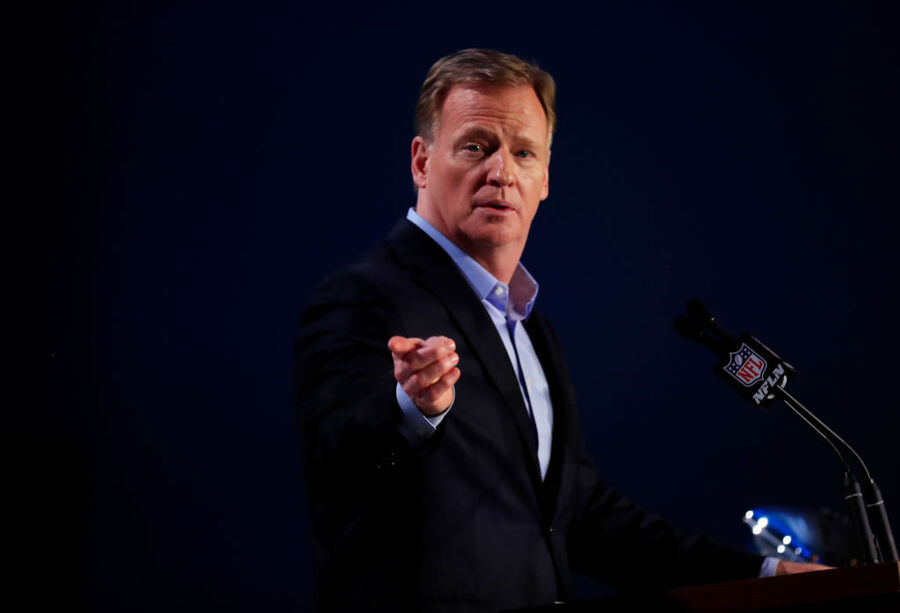 Goodell voluntarily requested that his salary be reduced to zero dollars as a result of the coronavirus pandemic. Beyond his work with the CBA and media deals, he's currently managing an investigation into the workplace culture of the Washington Football Team.

Goodell, who signed a five-year extension in 2017, won the title of commissioner in 2006 and has been in charge since 2007, when he replaced former commissioner Paul Tagliabue. He made $6 million his first year as commissioner, and since then, he's made huge amounts of money—far more than any player has ever earned.

In total, Goodell has made $492.7 during his time as commissioner—nearly half a billion dollars in 15 years. For comparison, Drew Brees is the all-time highest earner among NFL players. He made $269.7 million in salary throughout 20 seasons in the league. Here's a year-by-year break down of Goodell's earnings since 2007:

Goodell likely isn't going anywhere, so he should easily surpass the half-a-billion mark. Being commissioner of the NFL certainly is a good gig if you can get it!