By Travis Pulver on September 21, 2015 in Articles › Sports News

He will forever be known as the NBA's greatest of all time, and deservedly so. Michael Jordan was magic on the basketball court – capable of taking over a game all by himself and making anyone who played with him look like an all-star. He has the rings to prove it and the accolades to back it up (as well as the bank account).

However, the GOAT is almost as famous for his gambling antics as he is his on-court prowess.

How could that be? Well – check out some of his highlights: 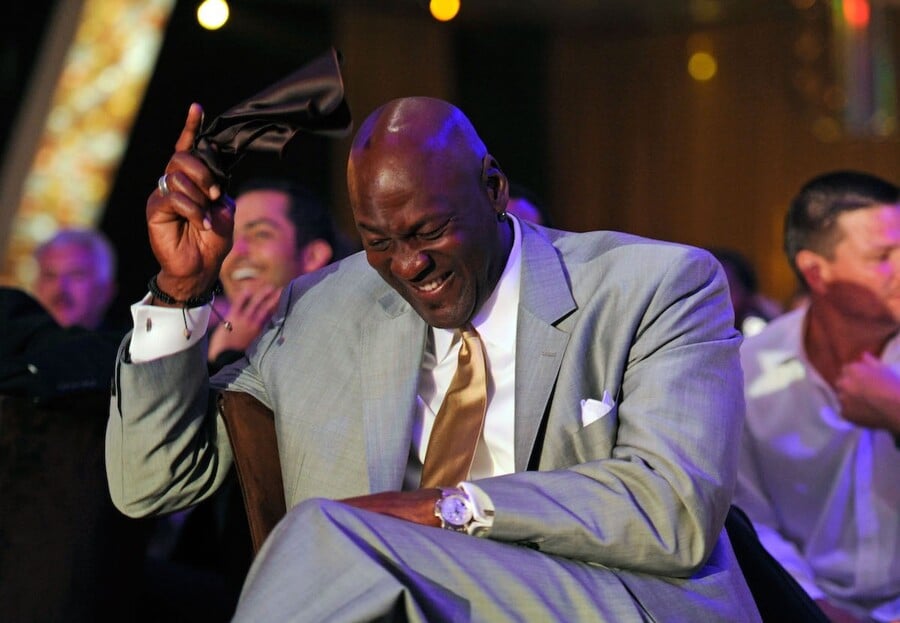 "Think about gambling to the next degree. Rock, paper, scissors you bet $20,000 all day long. Why wouldn't you? You get bored."

Williams tried pointing out to guys that it was useless to try and gamble with Jordan, because dropping a few hundred thousand or even a million or two was nothing to him. That was essentially the logic Jordan used when people asked if he had a gambling problem. Since it never put his career or family in jeopardy, he didn't see it as an issue.

In one interview he stated:

"I gambled half a million dollars away and I'm still not broke."

According to the conspiracy theorists, it nearly did cost him his career. During the 1993 NBA post season, stories began to surface about Jordan's gambling debts and how he was out in the casinos to the wee hours of the morning before games. After the season, the NBA began to look into gambling allegations against Jordan, and then suddenly in September 1993, he retired.

If you listen to the conspiracy nuts his "retirement" was actually more of a one-year suspension related to his gambling. There is no proof of that, of course, and when asked, Commissioner David Stern laughed it off.

That is just one of the many gambling stories that have floated around about Jordan over the years:

– While waiting for his luggage in Portland with his teammates, he bet $100 that his luggage would come out first. Several players through money down, but little did they know that Jordan had paid the baggage handler to put his out first.

– A San Diego businessman wrote a book about winning $1.25 million on the golf course from Jordan – the debt was initially settled for $300,000.

– He once got just an hour of sleep before a game in the '92 Olympics, because he was playing cards 'till 6 AM.

-During the '07 NBA All-Star Weekend, Jordan dropped $5 million at the craps table in Las Vegas.

For most of the world, the losses Jordan has taken in gambling would be soul-crushing, but most of the world hasn't made the kind of money he has made during his career. None of the amounts discussed in these stories are a significant percentage of his income, so he was never in danger of being destitute because of his gambling.

So – since it never created a problem for him, does that just make it a really expensive hobby?