Time For The Washington Redskins To Make A $16.2 Million Decision On Robert Griffin III

When the Washington Redskins traded the St. Louis Rams their first-round picks in 2012, 2013 and 2014 along with a second-round pick in 2012 to move up in the draft so they could take Heisman trophy winner Robert Griffin III from Baylor, it was assumed they had the quarterback of the future. As it turns out, the team was wrong.

It looked like they were right after his rookie season, when he led the team to its first division title since 1999 and won offensive rookie of the year honors. However, his season ended with another knee injury and he has not been the same. 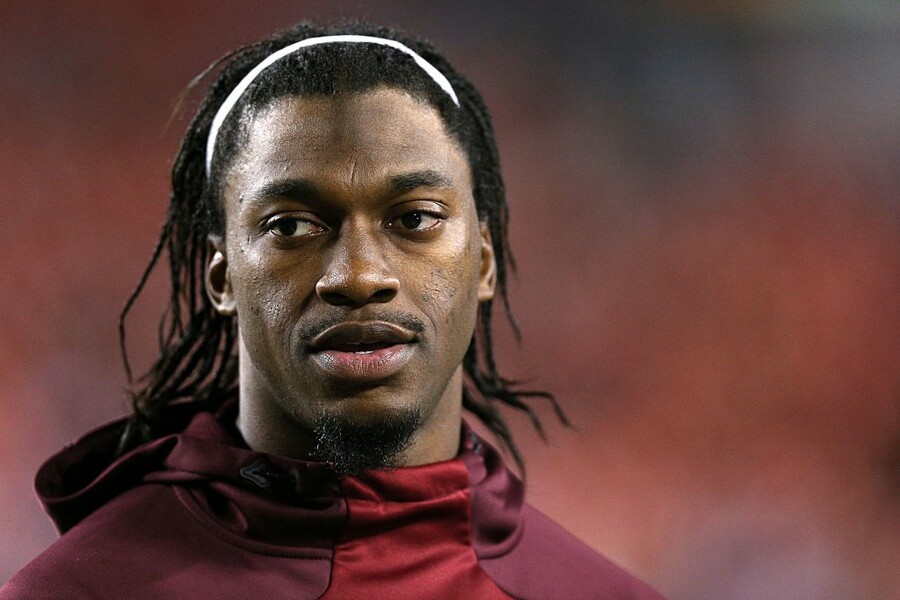 Fast forward to the start of the 2015 preseason and the general perception surrounding the team was that they would give him every chance to succeed this season in order to figure out if he was going to be the man of the future for the team – or not. As a sign of good faith, they went ahead and picked up his fifth-year option off his rookie contract. That meant his base salary would jump from $3.269 million in 2015 to $16.155 million in 2016.

By time the preseason ended, the team changed its mind about giving him a shot this season and turned the team over to Kirk Cousins. While Cousins started slow, he came on strong during the last ten games of the season and led the team to a division title, the first since RG3's rookie year. It is widely believed that the Redskins are going to make him an offer averaging around $20 million a season.

Should that be the case there is no way that they are going to keep Griffin on at $16.2 million to back him up.

So, what's to become of Robert Griffin III?

He is going to get released. His contract is only guaranteed for injury next season so the team can drop him without having to worry about any salary cap repercussions. There has been talk that they might trade him or drop him during the season in order to free up the roster spot, but that Dan Snyder wanted to keep him.

Had they done so, there is no doubt that he would have had a shot to play during the regular season with so many guys coming off the street and playing for teams this season (i.e. Brandon Weeden for Houston, Kellen Moore and Matt Cassell for Dallas, Ryan Mallett for Baltimore, Case Keenum for St. Louis, etc.).

Instead they kept him on the roster all season, but with Cousins about to get a huge pay raise, they are going to need the space Griffin's salary creates for him.

As for Griffin, this will not be the last we hear of him. He will be on someone's roster next season, but likely for no more than league minimum. Making $760,000 to run the scout team for someone next season sure beats getting a real job.