Rob Gronkowski just announced to the world that he was retiring from the NFL at the age of 29. He played nine seasons in the NFL between 2010 and 2018, all of them with the New England Patriots. During his time in the NFL Gronk was a three-time Super Bowl champion, five-time Pro Bowl selection and a four-time First Team All-Pro member. Gronk is arguably the best tight-end in the history of the NFL. He ran for more than 1000 yards in four seasons. He had 521 receptions, 7861 receiving yards and 79 touchdowns. His 2017 Patriots contract made him the highest-paid tight-end in the league. And while all of these certainly are impressive accomplishments, none of them are Rob's MOST impressive career accomplishment.

To me, Rob Gronkowski's most impressive career accomplishment is the fact that he supposedly has not spent a dime of his $60 million NFL salary. Instead he's lived exclusively off his various endorsement deals with companies like Tide, Nike, Dunkin' Donuts, Visa, T-Mobile, Lyfy, Cheerios and Monster Energy.

If true, it's a very impressive accomplishment that should ensure Gronk never ends up one of the estimated 70% of all NFL players who end up broke within a decade of retiring. 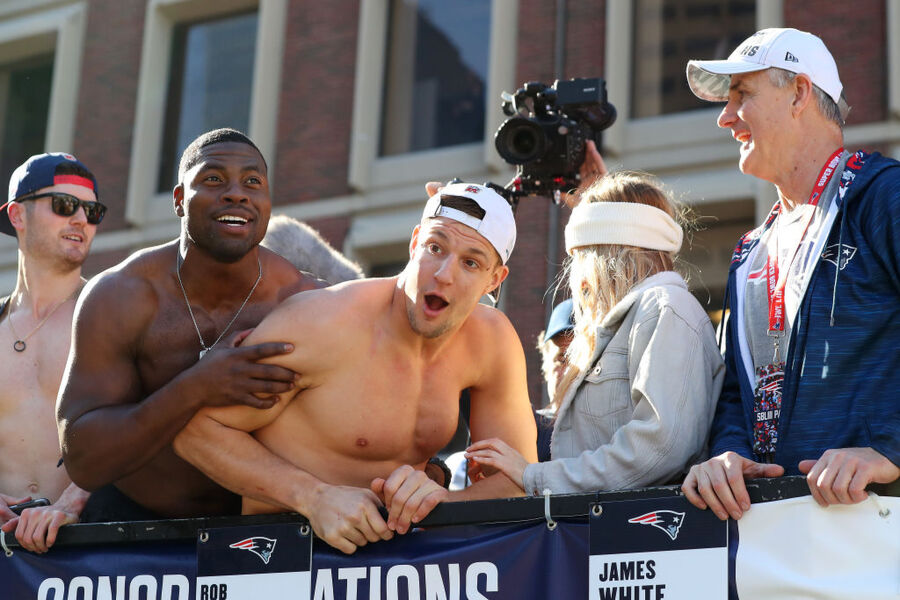 Gronk discussed his financial prudence in an interview with Business Insider a few years back:

Because you don't know how long you're going to be in the league for. It's a short career here in the league. The average is about three to four years, and when it's done, it's done. Be simple, manage it safe, so when it's done you've got a little base, a little foundation to live off."