Rob Gronkowski has certainly made his share of NFL headlines. The tight end is one of the most productive players on the field when he's been healthy, and his partying off the field always draws attention, too.

This time, though, Gronk is making waves for his restructured contract, which could pay him more than any tight end in the league.

Gronkowski is set to make a base salary of $5.25 million this season. However, he could make up to $10.75 million if he reaches certain goals set by the New England Patriots.

According to Adam Schefter of ESPN, the Patriots have set different tiers of accomplishments for Gronkowski. The three tiers include: 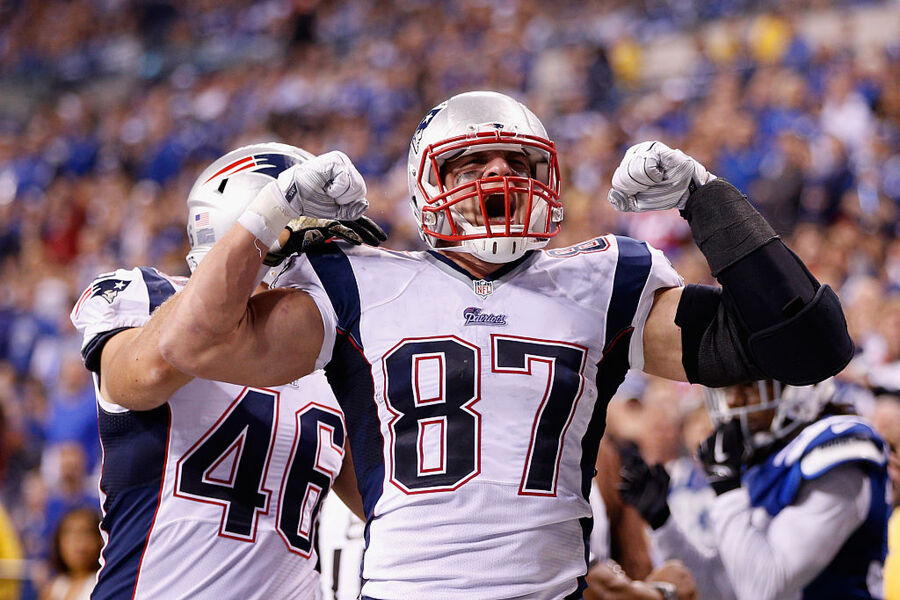 It's worth noting Gronk has made the All-Pro team four times in his seven-year career so that last goal is certainly possible. The biggest obstacle will be the tight end's health. He's only played all 16 games twice in a season and at least 15 games four times. He missed the final eight games of the regular season and all of the playoffs last year with a back injury.

It'll be interesting to see how the Patriots use Gronkowski this season. He's still a terrific weapon on the field and Tom Brady's favorite target, but the team did just win a Super Bowl without him and added receiver Brandin Cooks to the mix, so he may see fewer looks.

No matter how the Pats plan to utilize their tight end, Gronk will need to remain healthy to maximize his earnings.