Rob Gronkowski was one of the most flamboyant presences in the NFL. Whether you appreciated or despised his goofy big kid schtick, he was as visible on the field as he was off of it. And though Gronkowski officially retired this offseason, he recently hinted a comeback might be in the cards.

It certainly wouldn't be for financial reasons, though. Gronkowski still hasn't spent any of his career NFL earnings, which total $54 million over nine seasons. He's lived off his endorsement money since entering the league.

Nine years in the NFL is a long time; the average player barely makes it to three. How did Gronkowski manage to go virtually a decade without spending any of his salary? 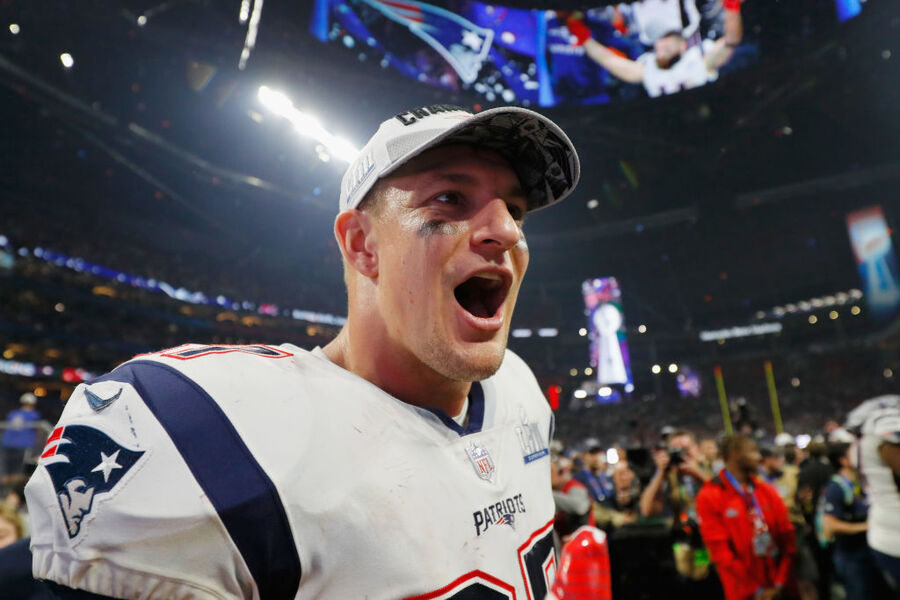 Turns out his strategy isn't too groundbreaking – it's all about keeping it simple. Gronkowski's mantra is to get what you need to be comfortable, and then save whatever's left over.

Gronkowski encourages other players to save, too, noting the short time they have in the league anyway. When they hang up their cleats, that money is no longer coming in. If they manage it well, they'll be fine come retirement. It's the ones that spend freely and don't invest or save that come to regret it.

Gronkowski is continuing his investing during retirement, too. He's currently promoting his latest partnership with CBDMedic, a CBD-based ointment. The tight end said that the ointment helped him recover from the constant pain of football. He said there could be a return down the line if his mind, body, and spirit feel ready to play.

But don't get too excited, Pats fans. Gronkowski said a return isn't likely.

What's more likely is Gronkowski getting his former teammate Tom Brady into the CBD lifestyle. He plans to pitch Brady on the benefits to try and get who Gronk describes as "the healthiest guy in the NFL" onboard.

It's a long shot, but maybe we'll see the Brady-Gronkowski duo connect one more time.