Let's be real—everyone wants to be Rob Gronkowski. He is young, rich, good looking (according to the ladies), and loves to have a good time. As far as good times go he doesn't even have to try to have them. The good times find him.

With all his partying, jet-setting, Vegas trips, and whatever else he does for a good time you would think he's put a sizable dent in the small fortune he has amassed since he was drafted in the second round out of Arizona back in 2010—but he hasn't.

In fact, if you believe what the big man says (and why wouldn't you?) he has not spent a penny of his NFL money; not a red cent since he signed his four-year, $4.4 million rookie contract or the $1.76 million signing bonus. He has yet to touch any of the $8 million signing bonus from his six-year, $54 million deal that he signed in 2012 either.

In total he has made over $16 million playing football, and has not spent any of it!!! 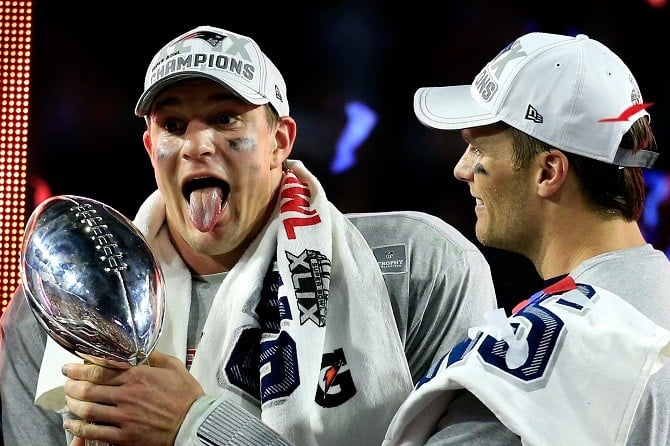 The revelation became public knowledge when the MMQB printed an excerpt from Gronkowski's book, It's Good to be Gronk, that talked about his spending habits:

"To this day, I still haven't touched one dime of my signing bonus or NFL contract money. I live off my marketing money and haven't blown it on any big-money expensive cars, expensive jewelry or tattoos and still wear my favorite pair of jeans from high school… I don't hurt anyone (except Gord with the occasional kick to the groin), I don't do drugs, I don't drive drunk, I don't break the law… I'm a 23-year-old guy just looking to have a fun time."

What? How could that be? Is this kid nuts? With all the partying he does he must be spending something, right? 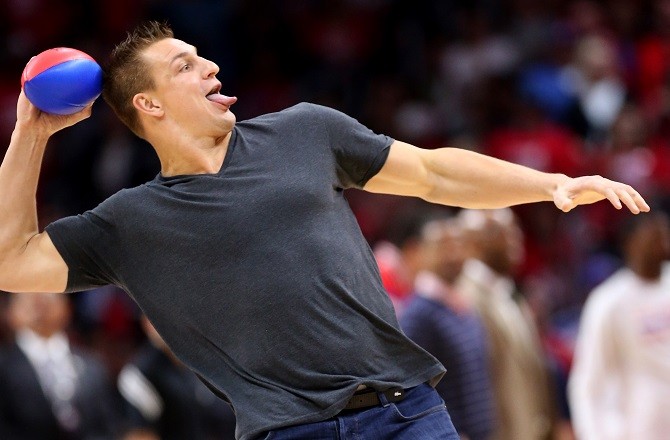 No, actually. Since he is the premier tight end in the NFL and a larger than life personality he is doing pretty good (but surprisingly not better) when it comes to endorsements. He is currently endorsing Dunkin Donuts and is listed as an endorser/investor for BodyArmor SuperDrink.

In total, Rob has earned approximately $3.5 million off his various endorsement deals throughout his time in the NFL.

So—how does he do it? Is he some sort of financial wizard? His Arizona bio list pre-business as his major. Maybe he learned a lot in the three years that he went to school there.

Whatever he did learn must be working because here he is living the life and he is not going to be one of the many cautionary tales featuring athletes that go broke shortly after their playing days end.