Louisville men's basketball coach Rick Pitino and athletic director Tom Jurich have both been placed on unpaid administrative leave after the news came out that the program was linked to a federal investigation into fraud and corruption in recruiting.

The school's board of trustees was unanimous in supporting these moves and will make the final decision by October 18. If Pitino is fired with cause, he could lose up to $55 million from his remaining salary, which includes retention bonuses.

According to his contract, Pitino must be given 10 days' notice before any firing can be made official. However, his camp is preparing for the worst. Pitino's lawyer Steve Pence said they "intend to fully enforce the terms of the contract."

If Louisville simply bought Pitino's contract out, it would cost about $44 million. Two Top 100 recruits have already de-committed from Louisville in the wake of the news. 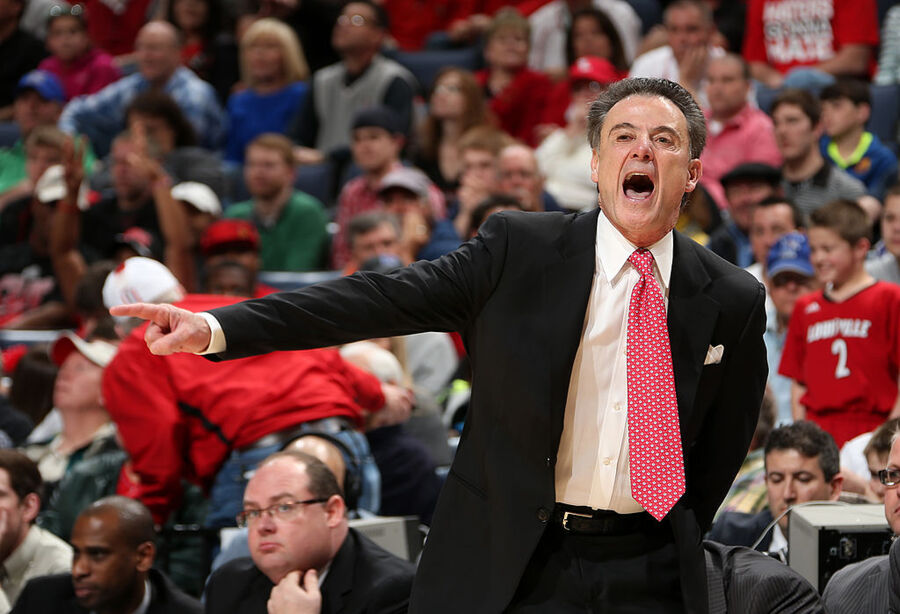 On September 26, ten men associated with college basketball were charged with using hundreds of thousands of dollars in bribes towards star athletes. The men used the money, shoe sponsors, agents, and tailors to influence where those athletes attended school.

According to federal prosecutors, at least three top recruits were promised up to $150,000 to attend two universities sponsored by Adidas. The payments would be provided via money supplied by the shoe company.

The allegations include payments from Adidas to the family of a player identified as "Player-10" to ensure he signed with the school. The complaint states Gatto worked with Merl Code, another Adidas employee; Christian Dawkins, a former NBA agent; and Munish Sood, a financial adviser, to send $100,000 to the player's family in early June. Dawkins said he did so at a Louisville coach's request.

"Player-10" has since been identified as Brian Bowen, a five-star guard/forward who signed with Louisville on June 5. Gatto spoke with the unnamed coach multiple times before the player publicly committed to the Cardinals, according to the FBI. The complaint also said another high school player was paid to sign with Louisville.

Interim President Greg Postel said one player has been suspended indefinitely and is being withheld from practices and workouts until the investigation is over. Though the player's name has not been released, a source told ESPN that player is Bowen.

Pitino has had great success on the court at Louisville. Since joining the program in 2001, the Cardinals have won nearly three-fourths of all their games and have won 28 NCAA Tournament games, appearing in three Final Fours. 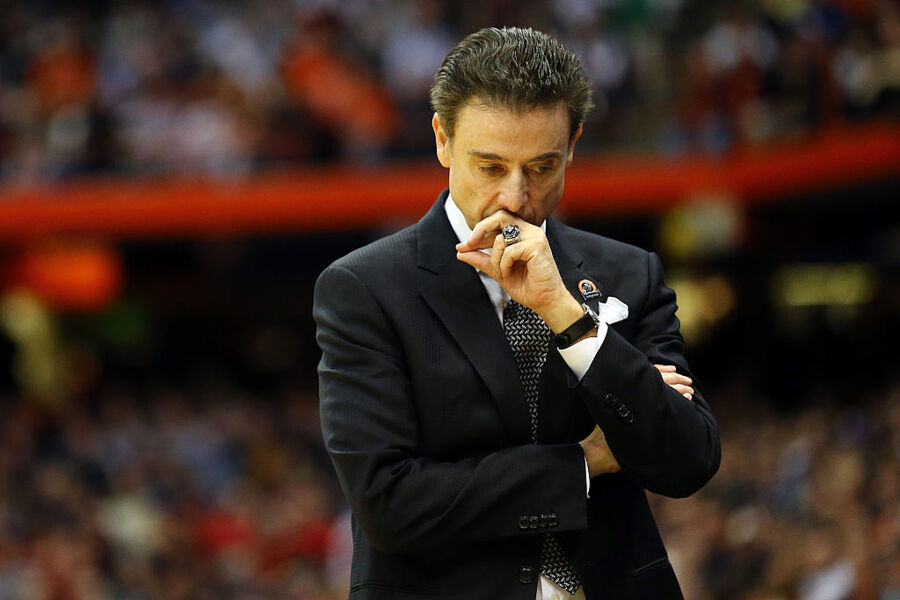 However, his coaching career was marred by scandals. In 2010, the coach testified in an extortion trial involving Karen Sypher. Pitino, who's married, admitted to having sex with Sypher in a closed restaurant in 2003. Sypher went to prison after attempting to obtain money and gifts from Pitino in exchange for his silence.

In 2015, the NCAA launched an investigation into Louisville's basketball program around a sex-for-pay scandal. Then-assistant coach Andre McGee allegedly organized a group of strippers and prostitutes to have sex with potential recruits and their fathers from 2010 to 2014.

Louisville self-imposed a ban on the 2016 NCAA Tournament and Pitino was set to miss the first five ACC games this year as a result of those allegations. The program could also forfeit its 2013 national title and victories over that timeframe.

Pitino released a statement after this latest news broke, saying "These allegations come as a complete shock to me."

Shock or not, it looks like it's the end of the road for Pitino in Louisville, and possibly college basketball as a whole.

He likely won't be the only one rocked by this scandal, either. FBI assistant director had a warning for other coaches: "We have your playbook. Our investigation is ongoing. We are conducting additional interviews as we speak."

Other coaches may take that as a message to come forward and turn themselves in. But we very well may see more charges handed out from the FBI. This investigation appears to have plenty more to uncover.