By Marvin Jules on November 7, 2015 in Articles › Sports News

Adidas is working hard to rebuild its brand after a disastrous 2014. The German brand's stock fell 38 percent in Germany's DAX index last year, and also lost its long-held spot as the second leading footwear company in America to Under Armour. This year, though, the world's second largest sports apparel company has been making major moves in an attempt to recapture its greatness. By signing stars such as James Harden, Aaron Rodgers, and Sidney Crosby, rolling out their popular sneakers featuring its Boost Technology, and releasing a footwear and apparel line with Kanye West (which has reportedly sold out in retail stores), the 66-year-old company is looking to regain its place of prominence in the market, and the results show that they've done a solid job so far. The company's stock has risen 41% in 2015 alone, the second-best performance of a company in this year's DAX index. All things considered, things appear to be looking up for Adidas. And now, a man with very deep pockets wants a piece of the action.

Egypt's richest man, billionaire Nassef Sawiris, has purchased a six percent stake in Adidas, making him the single largest investor in the company. According to a statement released by Adidas, Sawiris's investment vehicle, NNS Holding, owns 4.3 percent of the company, while Sawiris owns a 1.7 percent stake of the company. Though investments in companies are usually not disclosed publicly, the announcement was required as a result of Mr. Sawiris having surpassed the five percent threshold in stock ownership. 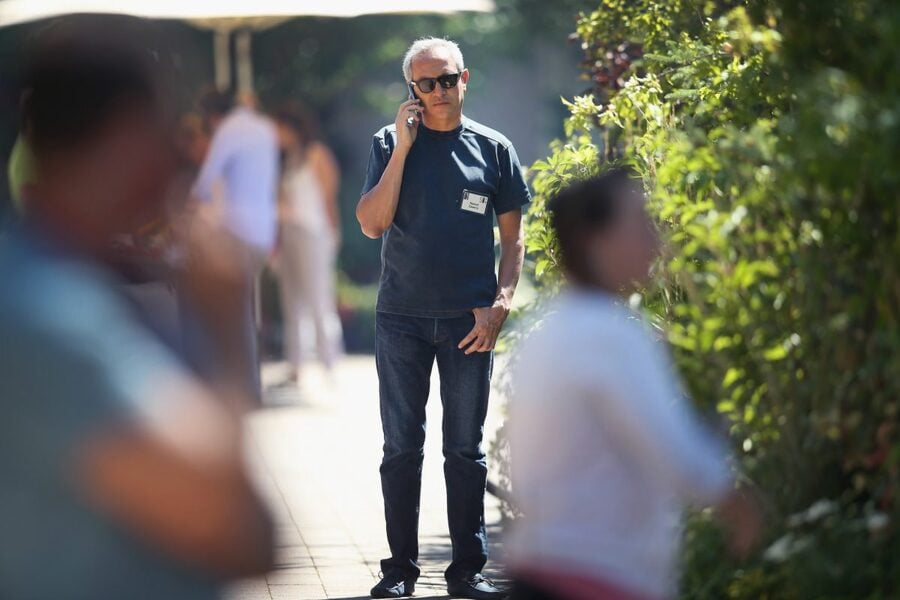 With a net worth of roughly $5.1 billion, Nassef Sawiris is the richest man in Egypt, and is a member of the richest family in Egypt. Sawiris and his two brothers, Naguib and Samih, each run one of three companies that are part of the Orascom Group, a business conglomerate formed by their father, Onsi Sawiris. Nassef is the CEO of Orascom Construction Industries, one of the top engineering, procurement, and construction contractor and fertilizer producers in the world, and has served as CEO since the company was formed in 1998. In addition to running OCI, he serves as a board member of Besix, a Belgian construction company, is a board member of the aforementioned NNS Holding, and is a director at LafargeHolcim, a French industrial company.

And it appears that Adidas may not be done bringing in new investors. According to Adidas spokesman Jan Runau, the company has "a constructive dialogue with current and potential investors and welcomes every new shareholder."