Seattle Seahawks cornerback Richard Sherman is one of the best players in the NFL today. At 29 years of age, he already has a Super Bowl ring, 4 Pro Bowl selections, and 3 First Team All Pro selections to his name. But despite all of that success on the football field, Sherman was arguably just as successful in the classroom as a student. In high school, he graduated as salutatorian, and reportedly graduated with a 4.2 GPA. He went on to attend Stanford University, one of the most prestigious universities in the world, where he graduated with a undergraduate degree in communications. Sherman is a prime example of an athlete that has successfully disproven the "dumb jock" stereotype, and now he is doing his part in helping those who want to succeed in the classroom, just as he did.

Every year, Richard Sherman goes to Richmond, Virginia in order to support his friend and former Seahawks teammate Michael Robinson's Celebrity Waiter Dinner and Football Camp, which benefits the Excel to Excellence Foundation. During last year's event, Sherman met a high school junior by the name of Hershai James, and made a promise to her; if she improved her GPA to a 3.0, he would provide her with a scholarship funded exclusively by him.

Fast forward to this year, and James, who attends Varina High School in Virginia, held up her end of the bargain, earning the 3.0 GPA that she needed in order to obtain the scholarship. When talking about her senior year, she credited the incentive of the scholarship as a reason why she was able to improve her grades. 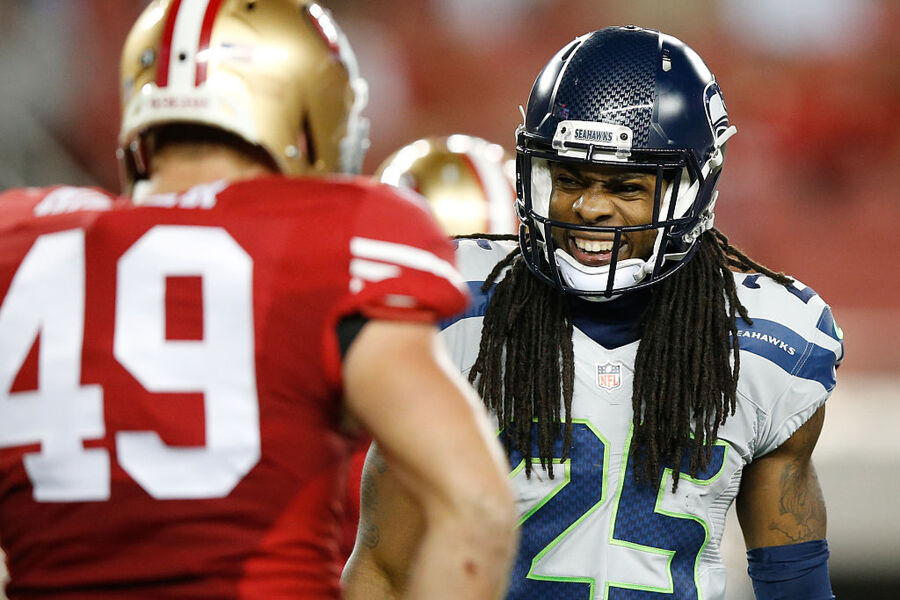 "When my senior year began, I definitely had the scholarship in my head as motivation," James said. "With being a senior, the year is really stressful. Having something to look forward to helped. It's like saying my hard work and dedication had paid off."

When Sherman was asked if he remembered the conversation with James, he said that he did, and would honor his scholarship promise.

"It goes back to knowledge is power and if you have knowledge you're going to be as powerful as you ever want to be," said the Seahawks cornerback. "Nobody stops anybody from reading and educating themselves. Mike is only trying to empower these kids to be everything that they can be and if we can help with that with our presence, with our (autographed) jerseys (for an auction), with our words, we'll do everything we can."

James will be attending Norfolk State University in the fall.