Richard Sherman Has A Plan That Could Save Taxpayers BILLIONS

We've all heard what Donald Trump and Hillary Clinton would do if they become president. But what about NFL star Richard Sherman?

John Clayton of 710 ESPN Seattle recently asked the outspoken Seattle Seahawks cornerback what he would do if elected to the White House. Sherman joked that he would pick his teammate, wide receiver Doug Baldwin, as his Secretary of Defense because "he's an angry guy." But the Stanford grad had a serious point to make about government spending.

"I'd get us out of this deficit," Sherman told Clayton. "I'd stop spending billions of taxpayer dollars on stadiums and probably get us out of debt and maybe make the billionaires who actually benefit from the stadiums pay for them. That kind of seems like a system that would work for me." 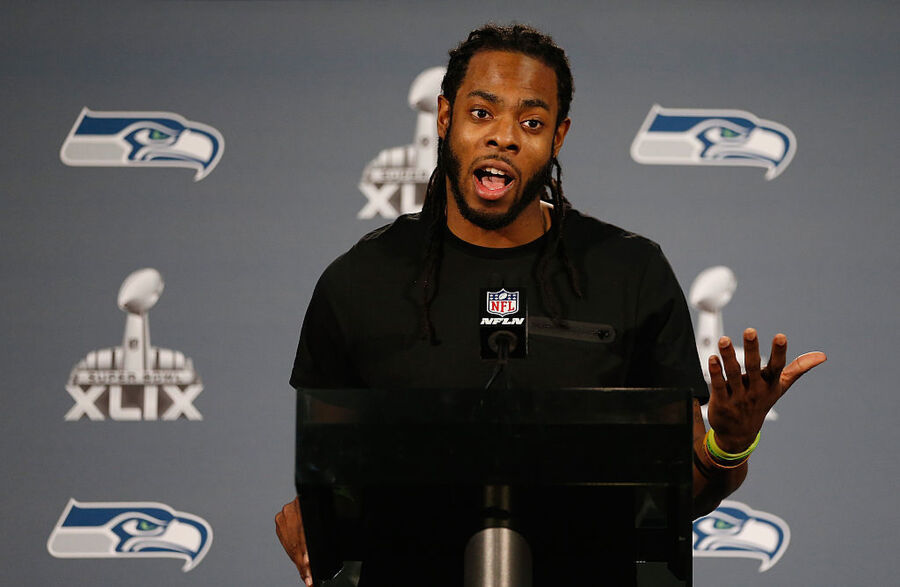 According to Deadspin, Seattle's CenturyLink Field cost $430 million. Although the team's owner, Paul Allen (co-founder of Microsoft) is worth over $17 billion, Washington taxpayers are paying $300 million for the stadium. Through a deal, which was approved by 51.1 percent of the state in a referendum, taxpayers will be paying off CenturyLink until 2021.

The Public/Private Partnerships for Major League Sports Facilities found that $12 billion in public funds were used for 51 new sports facilities from 2001 to 2010. The Dallas Cowboys' stadium in Arlington, Texas cost $1.2 billion. Jerry Jones, the team's owner, is worth over $4 billion, but taxpayers pitched in $325 million for AT&T Stadium. The $3 billion Los Angeles Rams stadium – considered pretty taxpayer friendly – only cost taxpayers $180 million.

While rooting for local sports teams does unite communities and offer public benefits, spending taxpayer money on stadiums means that taxes aren't being used for other public benefits, like early childhood education, college tuition, and veteran healthcare. As an example, Gov. Scott Walker of Wisconsin cut $250 million from public universities to pay for half the cost of the new Milwaukee Bucks arena.

In his budget proposal last year, President Barack Obama tried to eliminate the tax exemption that helped drive this explosion in publicly-financed sports stadiums. He proposed taking federal taxpayers off the hook for any bonds issued after December 31, 2015, saving a modest – but important – $542 million. But Congress didn't pass the proposal.

Maybe if President Sherman was in charge, he could tackle the issue of government spending and save taxpayers millions. A player who isn't afraid to go after the man who writes his checks is surely a formidable character. But we already knew that about Sherman.