Marshawn Lynch is one of the more popular players in the NFL, but his time in the limelight may be coming to an end. The Seattle Seahawks running back is rumored to be contemplating retirement once again, and this time people are taking him a little more seriously.

Should he actually do it this time, it could very well cost him $5 million.

When the Seahawks signed him to an extension after the 2014 season, it included a $7.5 million bonus. For salary cap purposes, it is spread across the final three years of his contract (the 2015, '16, and '17 seasons). However, if he were to retire before next season, he may have to pay the remaining $5 million back. 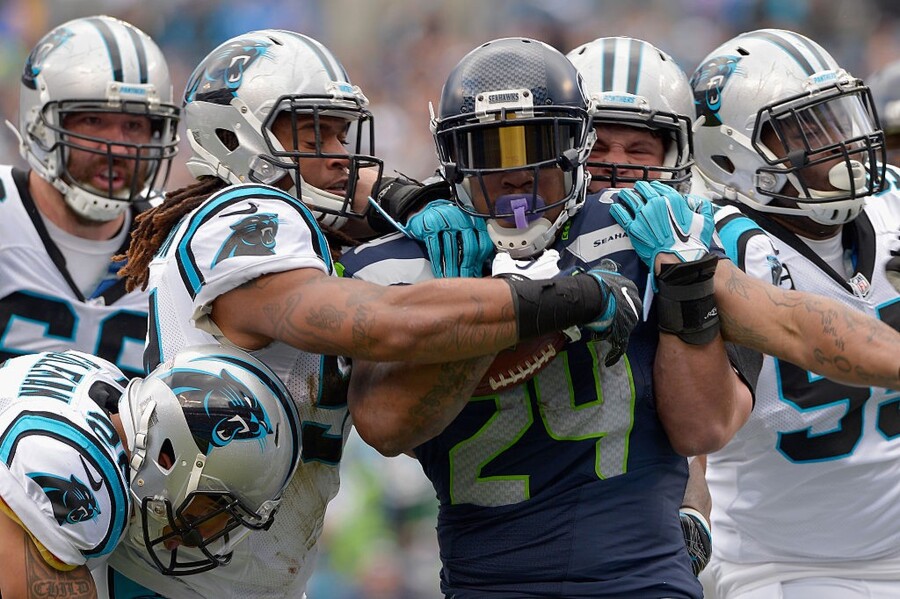 The option would be left up to the Seahawks to collect the remaining $5 million of his signing bonus if he retires. So if they wanted to, they could let him keep it as a parting gift and a thank you for all the hard work, but they don't have to. A guy like Paul Allen (team owner) didn't become as rich as he is by giving away $5 million, so it would not be shocking if the team wanted it back.

Rumor has it that Lynch did give retirement some serious thought after last season. He had made $37.7 million playing football at that time (now $49.7 million), and has a net value of $14 million so it's not like he is short on money.

He has made it painfully clear that he is not crazy about all the media attention that comes with playing in the NFL, and has often rebelled against the system because of it. Tack on injury issues and his age (he'll be 30 before next season starts, which is a common age for running backs to decline), and it is not hard to see him calling it a career.

More guys are calling it quits at younger ages nowadays. With teams willing to pay younger talent less money, older guys like Lynch are not as in demand anymore. So rather than take a pay cut, many of them retire.

For Lynch, the solution if he wants to keep it is easy. If he gets released the Seahawks have no claim to the signing bonus; they can only recoup anything should he retire. So all he needs to do is not retire and wait for the team to release. With how Thomas Rawls played in Lynch's place this season they may go ahead and cut him so they can save $6.5 million in cap space.

It may cost them $5 million to do so, but if it means they will have an easier time signing everyone else, they just might do it.