When he was told he was the MVP of the 2015 for the American League, Toronto Blue Jays third baseman Josh Donaldson had to think, "Finally! All the hard work is going to pay off." He would no longer have to sign small money, single-year contracts. He proved he was valuable and the Blue Jays would have to pay him accordingly.

The question the Blue Jays would have to face is just how much you pay a player who just won the MVP. The good thing is they didn't necessarily have to decide themselves. If the team and Donaldson couldn't agree on a number, they could let the arbitration panel decide.

Donaldson would submit his number, the team would submit theirs, and the panel would pick the one it felt was the closest to fair market value. It is not ideal for a contract dispute to go to arbitration, but it is a great way to get the matter settled for the immediate future. 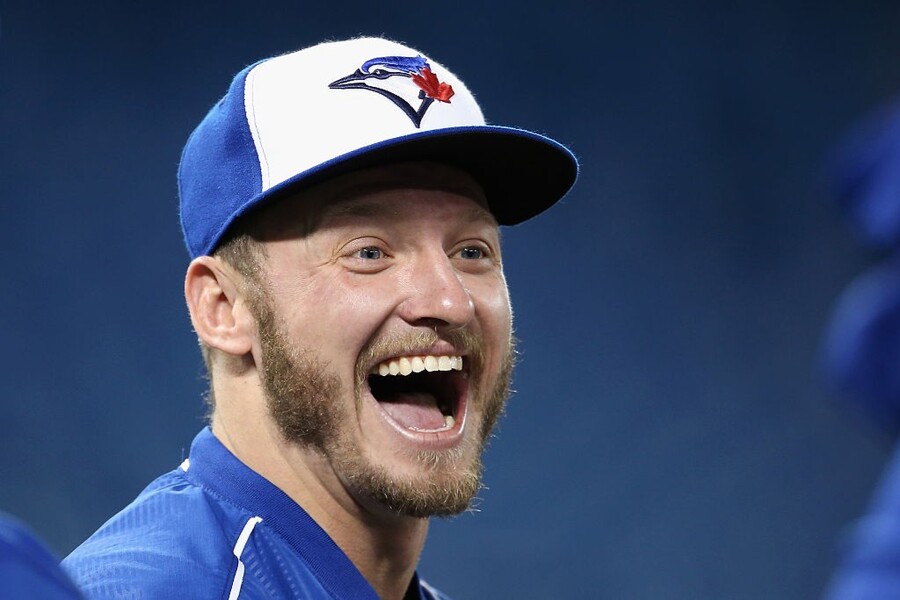 The two sides were scheduled to have their arbitration hearing on February 15, but as it turns out it will not be necessary. They were able to come to an agreement on a two-year, $28.65 million deal.

What makes this case interesting is not that he is the reigning American League MVP, but how close the two sides were to making a deal before arbitration. Donaldson was going to ask for $11.8 million, while the team was set to counter with $11.35 million.

So why did the team end up paying him more than what either were going to ask the arbitrator for?

There could be a few reasons for that. In doing so, they insure that the process didn't create any bad blood between him and the team. Bad blood could definitely make it harder for the team to negotiate with him in two years when this deal runs out.

While they pay him a little more now and next season, in the long run the team probably saved itself a few million. Had his contract situation been settled by the arbitrator, he would have been playing the 2016 season under a one-year deal. Should he back up last season with another stellar effort his agent will likely demand somewhere in the vicinity of $20 million a season.

This way the team gets to see him play for two more seasons before deciding how much he deserves in a long term deal.

So this is essentially one of those rare situations where everyone wins. Donaldson gets a huge pay raise and the team gets to put off having to give him a bigger one for a couple years.