Back in January 2016, the Baltimore Orioles signed first baseman, Chris Davis, to the richest contract in team history. The 7-year $161 million contract made Chris one of the 10 highest-paid players in the league. A massive contract for Chris Davis might have made sense a few years earlier. In the 2013 season, which turned out to be his career peak, Chris hit 53 home runs. That gave him entry to baseball's exclusive 50 home run club which as of this writing counts just 30 players as members. And YES, Chris hit an impressive 47 home runs in the season that preceded his massive contract, but he also led the league in strikeouts-per-at-bat… a crown he kept through 2018.

In 2018, Chris actually set an MLB record! Unfortunately, it was the record for lowest batting average in history produced by a "qualified player " – which I believe describes the top 125 highest-paid players. He batted just .168 that year.

Chris set another MLB record in 2019! Unfortunately it was for having the most consecutive at bats by a position player without getting a hit. At one point that season he went 0-for-54. He actually got one RBI during that horrendous cold streak after getting walked with the bases loaded.

Chris only played in 16 games in 2020 due to a back strain and a few months ago the Orioles announced he would miss the entire 2021 season after undergoing arthroscopic surgery on his left hip.

On August 12, Chris announced he would be retiring from baseball for good. 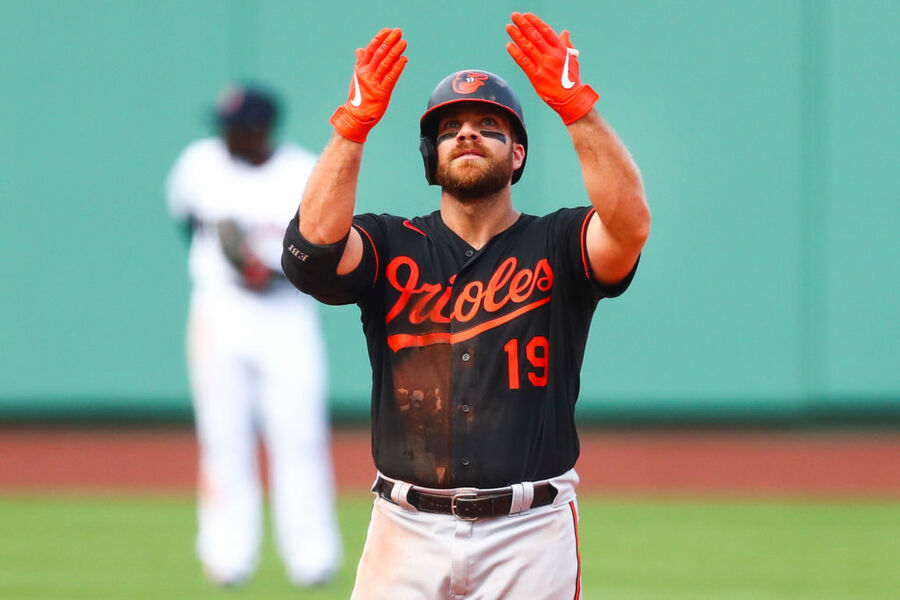 As we mentioned earlier, in 2016 Chris signed a 7-year $161 million deal. $161 million divided by seven years = $23 million per year. However, Chris only received $17 million per year from 2016 onward. Why the discrepancy? Because, perhaps very wisely, Chris decided to shave $6 million off of his salary each year in exchange for Bobby Bonilla-style future deferments.

Even though he will not play a single game in 2022, thanks to baseball's fully-guaranteed contracts, Chris will still earn $17 million salary next season.

When you total it all up, over 7 seasons Chris deferred $42 million in salary. In exchange for delaying $42 million, the Orioles agreed to basically give him an entire season's salary for free. More specifically, the Orioles are spreading an extra $17 million payment over 15 retirement years.

As was first detailed by Sportrac, in retirement Chris will receive $59 million worth of deferred payments over a 15 year period. The payments start in 2023 and end in 2037.

Here's how the payments will breakdown:

Chris and his wife Jill have been raising their family in Baltimore for the last decade. Maryland has an annual income tax rate of 5.75%. Chris is a native of Texas. He and Jill own a 2+ acre estate in the Dallas suburbs. If they are smart, Chris and Jill will establish permanent residency in Texas ASAP. If they act fast, they'll save $1 million on his $17 million 2022 salary. And then between 2023 and 2037, they'll save an additional $3.4 million. That's a total savings of $4.4 million to live in a tax-free state.

If they're stupid, Chris and Jill will move to California and burn a full $10 million of the $76 million thanks to a country-leading 13% max income tax rate.