Brazil has a laundry list of soccer greats; Pele, Ronaldo, Zico, Ronaldinho, and, Neymar, just to name a few, who have excelled both at the international and club level. Now, there may be another young Brazilian footballer who is prepared to add his name to a long line of legends; and he may be doing so on one of the most prestigious clubs on the planet.

Vinicius Junior is a 16-year-old Brazilian phenom who currently plays for the Brazil Serie A side, Flamengo. He has already appeared in 22 matches for Brazil's Under-17 national team, and has scored 19 goals. He was also voted as the best player in this year's South American Under-17 Championship, where he scored seven goals. A bevy of European sides, including Barcelona, Liverpool, and Bayern Munich were more than willing to pay the nearly $33 million release clause in order to sign Junior to their teams. But Real Madrid was reportedly willing to pay more in order to acquire the wunderkind. 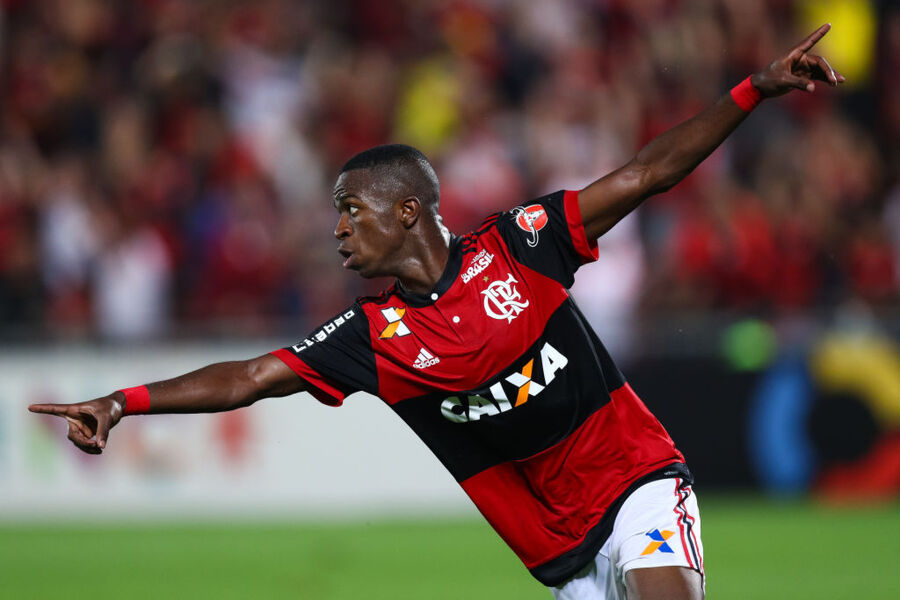 According to the report, Madrid is willing to pay nearly $54 million to Flamengo in order to sign Junior and Madrid sent some of their representatives to Rio in order to ensure they could sign the phenom. They reportedly did not want to miss out on yet another Brazilian superstar, as they did with Neymar several years ago. Junior is dubbed by some as "the new Neymar."

Madrid has yet to confirm the report. And despite the news, nothing is imminent just yet. FIFA regulations ban international transfers for players who are under the age of 18, meaning that Junior wouldn't be able to join Real until July 12, 2018; his 18th birthday.