A few weeks ago, rumors were swirling surrounding Vinicus Junior, the 16-year-old Brazilian phenom footballer, and his inevitable transfer to a European power. While a number of teams, including Barcelona, Liverpool, and Bayern Munich were interested in signing Junior, Real Madrid was reportedly the front-runner in the race. And now, just a couple of weeks after it was reported that Real Madrid was willing to pay close to a $50 million transfer fee to sign the phenom, the La Liga side announced that have paid the transfer fee in order to acquire the rights to Vinicus Junior.

Real Madrid announced that they have acquired the rights to 16-year-old Flamengo forward Vinicius Junior in a deal that is worth $50 million. Despite the announcement, the transfer will not officially be able to go through until July 2018, when the teenager turns 18. Even after he turns 18, Junior may still remain with Flamengo for an additional season on loan, according to Real Madrid. 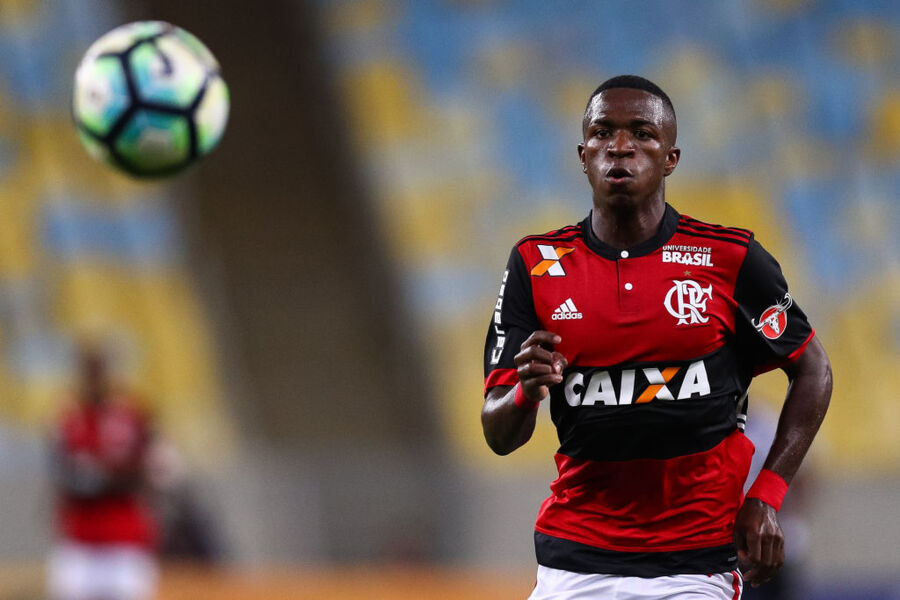 Despite being signed to a huge contract, Junior has amazingly only played 17 minutes of senior club football; he made his debut on May 13. But he has appeared in 22 matches for Brazil's Under-17 national team, and has scored 19 goals in those matches. He was also voted as the best player in this year's South American Under-17 Championship, where he scored seven goals.

The cost of Junior's transfer fee increased after he signed a contract extension with Flamengo that saw the value of his buyout clause jump from $33.4 million to $50 million. The fee paid by Real Madrid is the highest ever paid for a teenage player, surpassing the $46.5 million fee Manchester United paid to Monaco in order to acquire the rights to striker Anthony Martial in 2015.

Real Madrid won their first La Liga title since 2012 this past Sunday with a 2-0 victory over Malaga, and have the chance to win the Champions League for the second year in a row when they play Juventus on June 3.