Just a few years ago, Los Angeles had zero NFL teams. Today, it has two, and one of them made a glorious return to the city by building a massive stadium. SoFi Stadium will play host to the Super Bowl in February, and will be used in the 2028 Olympics in L.A. College football's national championship will hit the stadium, as will a bowl game named after Jimmy Kimmel (no, really).

It's also home to the Rams—and it cost the team's owner Stan Kroenke $5 billion to build.

Of course, to return the Rams to L.A., that meant Kroenke had to move them from St. Louis. And the city isn't happy about losing its football team. 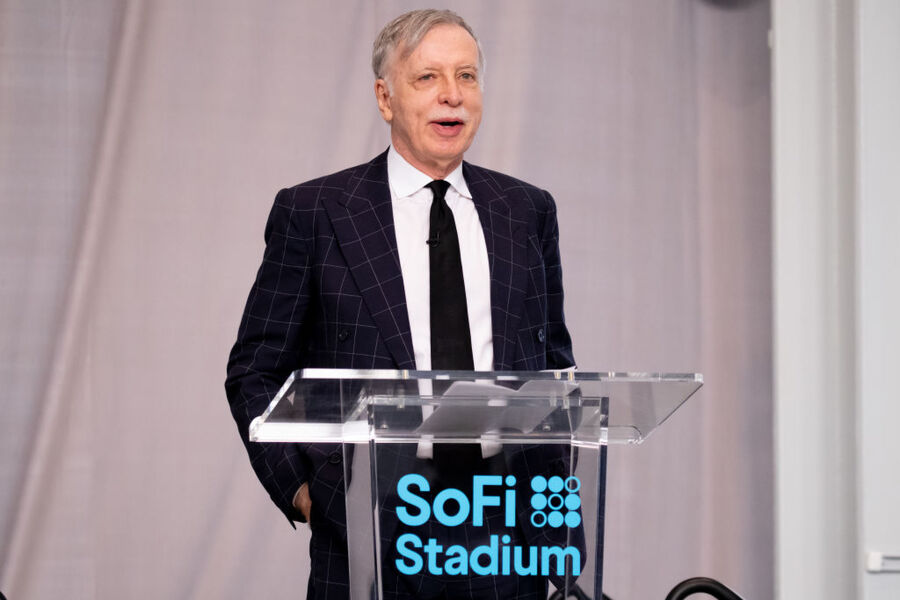 In the midst of a nasty lawsuit, the city of St. Louis and the NFL have come to an understanding—a financial one, at least. The two sides agreed to a $790 million settlement.

Fifteen months after the league approved the Rams' move to L.A., St. Louis sued. The lawsuit said the league broke its relocation guidelines, which were put into place in 1984. It further alleged Kroenke and the league misled the public on its moving plans and made St. Louis miss out on millions of dollars in revenue.

The lawsuit was in the discovery phase and was set for trial on January 10—only about a month before SoFi Stadium hosts Super Bowl LVI on February 13. And Kroenke paid most of the fees for the case, which included all 32 NFL teams and, in some cases, bills worth more than $10 million.

It's not clear how much of this lawsuit Kroenke will foot, but even half of it would still cost him $395 million. The NFL's other owners will chip in for a portion of the costs. Despite whispers that the league might grant St. Louis an expansion franchise in the future, the league did not make that promise.

The lawsuit was seeking north of $1 billion in damages but settled for about 75 to 80 percent of its asking price. Kroenke, who also owns the Denver Nuggets, Colorado Avalanche, and several other teams, is worth $7.7 billion.

So, while this settlement will sting, he'll gladly pay it to rid himself of the St. Louis shadow and focus on achieving success in Los Angeles.