The Rams Doubled Their Value By Moving To Los Angeles

If you watched the Week 1 Monday Night Football game between the Los Angeles Rams and the San Francisco 49ers, you witnessed some truly putrid football. The two teams combined for a stretch of 13 drives that featured 11 punts, a lost fumble, and a kneel down by the 49ers to end the half. The longest of those drives still lasted under three minutes.

You also witnessed a bit of history, as the Rams played their first game in Southern California since 1994. And, despite the mess on the field in Week 1, the franchise doubled its value by moving from St. Louis to Los Angeles.

In the latest edition of its NFL franchise values list, Forbes estimates the Rams are now worth $2.9 billion, making them the sixth-most valuable team in the league. The franchise, owned by Stan Kroenke, was worth $1.45 billion last year, good for 28th-most valuable.

While Kroenke vastly increased the value of his franchise, he does still owe quite a bit of money in relocation fees. Once the Rams are set in their permanent home in Inglewood, the team will owe $65 million per year in relocation fees from 2020 to 2029. 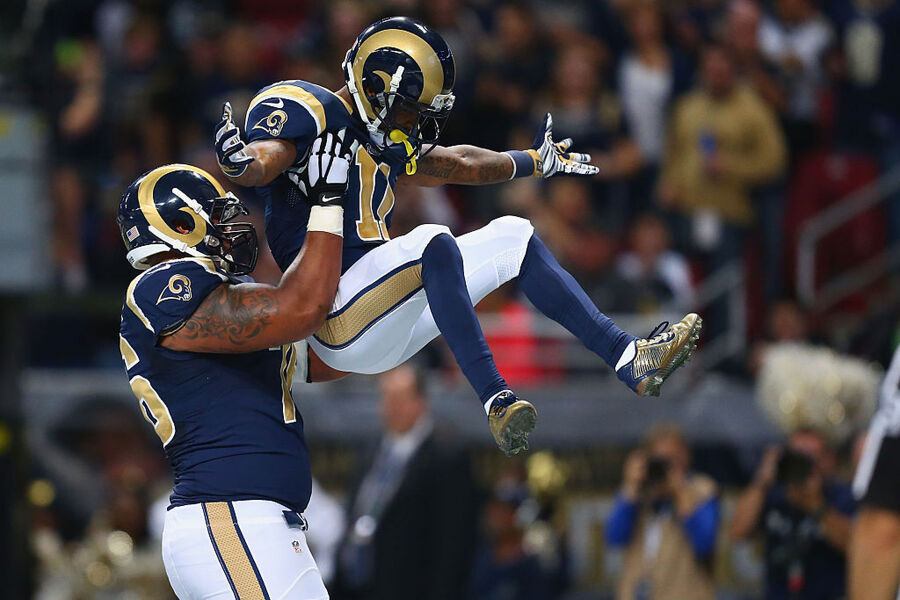 The Rams' fellow California teams – the Oakland Raiders and the San Diego Chargers – also considered moving this offseason, but ultimately stayed put. Still, the idea that they may still move after all raised their values, as well.

The Raiders' value increased 47 percent from last year as rumors persist that they'll soon relocate to Las Vegas. The Chargers' saw their value go up by 36 percent. They're likely due a new stadium, or will move in with Kroenke and serve as co-tenants in the Rams new stadium, which is set to open in 2019.

According to Forbes, the average NFL franchise value rose 19 percent from last season, by an average of $2.34 billion.

The Dallas Cowboys, boosted by an estimated $700 million in revenue last year, remain the NFL's most valuable franchise at a worth of $4.2 billion. Jerry Jones bought the team for just $140 million back in 1989. Even the least valuable team, the Buffalo Bills, are worth more ($1.5 billion) than the Rams were last season.

With their move, the Rams are right behind them. Now let's see if they can put it together on the field. Luckily, there's nowhere to go but up after Week 1.