The current collective bargaining agreement has worked out pretty well for the team owners, especially where the rookie wage scale is concerned. It has kept them from overpaying guys who ultimately don't possess NFL-caliber talent. However, the downside is that some guys taken in later rounds who do show real talent are feeling underpaid and under-appreciated.

So, when it comes time to negotiate their first big money contract, they want to get paid and feel as if their contributions are valued. They want to be respected (which means to be paid a whole lot of money).

For Los Angeles Rams cornerback Janoris Jenkins, the five-year, $45 million offer he got from the team apparently did not convey either sentiment. He said as much in a recent tweet:

"Total disrespect when u held down one side all 4 years and force the ball the other way.. #ThanksButNoThanks" 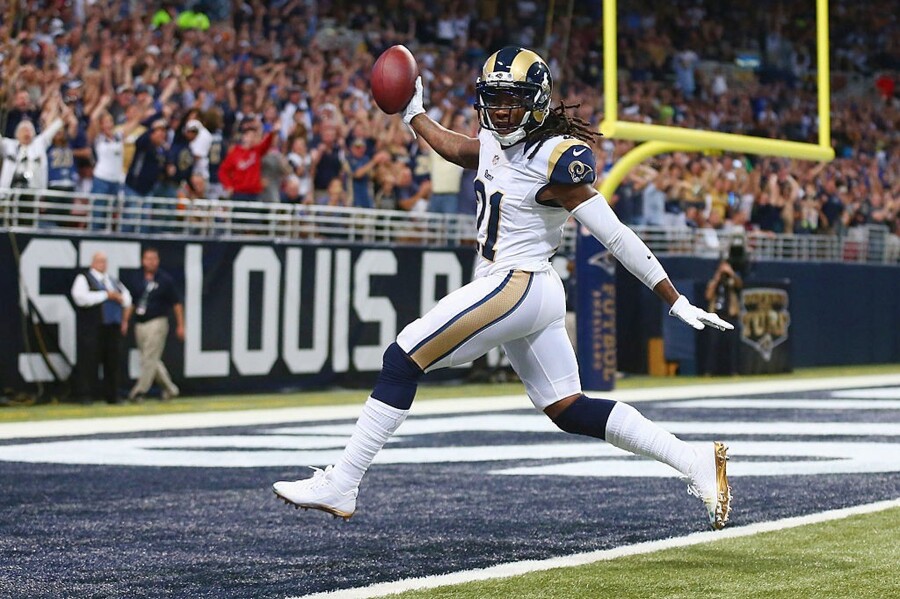 The Rams have been trying to sign the former second round pick for about a year now. Like many players, he didn't want to worry about his contract during the season, but he also wanted to get a deal done. So he gave the team until their bye week (Week 6). Rumor has it, the best offer they made was somewhere in the $7-8 million a season range.

For a guy who made $4.99 million the last four seasons, that is a heck of a pay raise, but he believes he deserves a bigger one, considering the way he has played during those four seasons. He has only missed four games, and started 58 of the 60 in which he did play. In those games, he has made quarterbacks pay for throwing in his direction. He has ten interceptions to his name, and has returned five of them for touchdowns (which is great for a team that has been offensively challenged in recent years).

Does he deserve elite money like Richard Sherman, Darrelle Revis, or Patrick Peterson. Probably not, but he does deserve to be among the upper echelon of cornerbacks. Some would call $9 million a season, which would make him the 12th highest paid cornerback in the league, upper echelon.

Word is, he wants to be paid somewhere between $11-13 million (which would put his salary among the top five).

The defense has carried the Rams in recent years, and with a big question mark at quarterback still, it may need to do so in the near future, as well, so they can't really afford to let him walk. However, they may have to let him have the opportunity to do so. Jenkins has fired his agent, so unless he decides to do his own negotiating, there is no way a deal gets done before the franchise tag deadline passes.

They could place the tag on him, but they the expectation is that instead, they will put it on their other cornerback, Trumaine Johnson.