When the Rams left Los Angeles for St. Louis back in the 1990's, fans in Missouri hoped that they were going to have a football team to call their own for years to come – or at least until the stadium was paid off. As it turns out, it just wasn't meant to be.

The Rams wanted another new stadium, even though the current one was still being paid for. The city tried to make the team happy, but the bright lights of the big city of Los Angeles were too bright. Rather than accept the stadium, the city of St. Louis was willing to offer, Rams owner Stan Kroenke opted to spend a couple billion dollars on a new one in Los Angeles instead.

When the news broke that the team had received approval from the NFL to move, fans were understandably upset. Not only had they supported the team through the good and the bad, but their tax dollars would still be needed to pay off the remaining $100 million owed on the Edward Jones Dome.

If that wasn't enough to anger fans in St. Louis, the latest dagger should certainly do the trick. Thanks to a clause in the team's lease, when the Edward Jones Dome turns 29 in 2024, the Rams can buy the team's former practice facility, Rams Park, for $1.

Yes, we are talking about the same facility the team had been paying $25,000 a year to lease during their time in St. Louis. For some reason, the city included a clause that would allow the Rams to buy the facility for a single dollar. 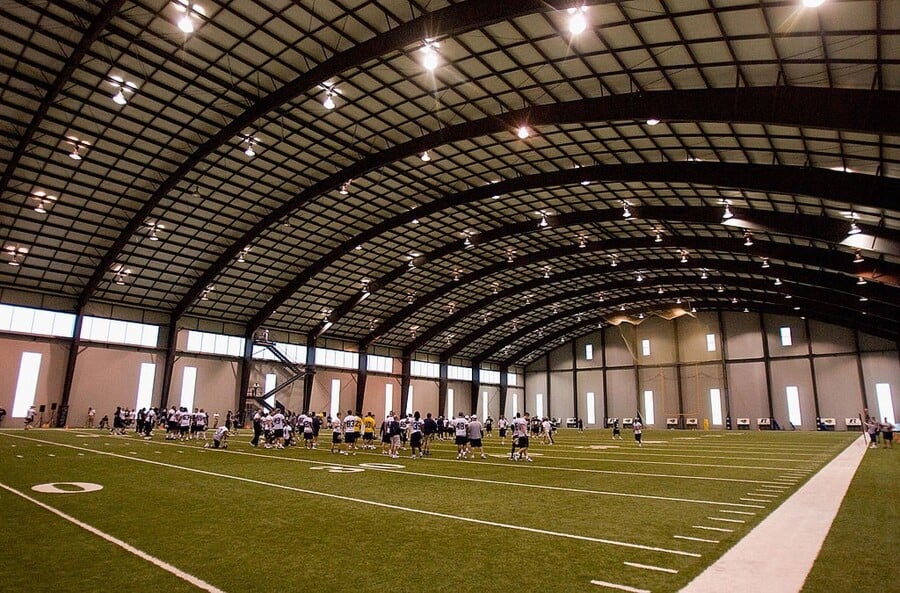 Clauses like this are not unusual, but typically are a part of deals where the party leasing the facility will have covered the fair value of the facility with its lease payments over the years. Even if the Rams were to continue paying $25,000 a year till 2024, they will not have even paid the city $1 million. The 27-acres of land the facility sits on has been appraised at $19 million.

The Regional Convention and Sports Complex Authority, the entity that operates the Edward James Dome and the practice facility, has filed a suit trying to block the Rams from being able to complete the purchase. They are arguing that the Rams move invalidates the buy option while the Rams are claiming their relocation does not affect it at all.

The city would like to sell the land in order to recoup the $16 million it spent trying to keep the Rams in town, but it can't properly ascertain the value of the property and market it as long as the possibility of the Rams buying the facility exists.

The team shut down business operations a couple weeks ago. Recently, the moving trucks cleared out the training facility, leaving nothing but an empty building behind. The team will be doing some repairs to the office building over the next few weeks, and will officially be done with the facility when the lease runs out at the end of April.

Why would the Rams be interested in holding on to the clause? Why not just be done with the City of St. Louis and move on? Just like everything Rams owner Stan Kroenke does, it is about business. Kroenke owns the land across the street from the practice facility already. With the additional land the practice facility sits on, he would have a great location to build another Wal-Mart for his father-in-law, Wal-Mart co-founder Bud Walton.