Jon Gruden will be the next head coach of the Oakland Raiders – and the deal is longer than just about any other in NFL history.

Per Adam Schefter, Gruden will make nearly $100 million over 10 years. It's tied for the longest NFL head coach contract. The Dallas Cowboys offered 10-year deals to both Tom Landry in 1964 and Jimmy Johnson in 1989.

Gruden coached the Raiders from 1998 to 2001 but had been serving as an analyst at ESPN for the past eight years, additionally appearing on the network's Monday Night Football broadcasts.

An interesting twist to Gruden's contract is that of all NFL teams, the Raiders ownership group has among the least cash on hand. And Gruden will be making more than all but three players on the Raiders roster: Derek Carr ($24.97 million per year), Kelechi Osemele ($11.7 million), and Gabe Jackson ($11 million). 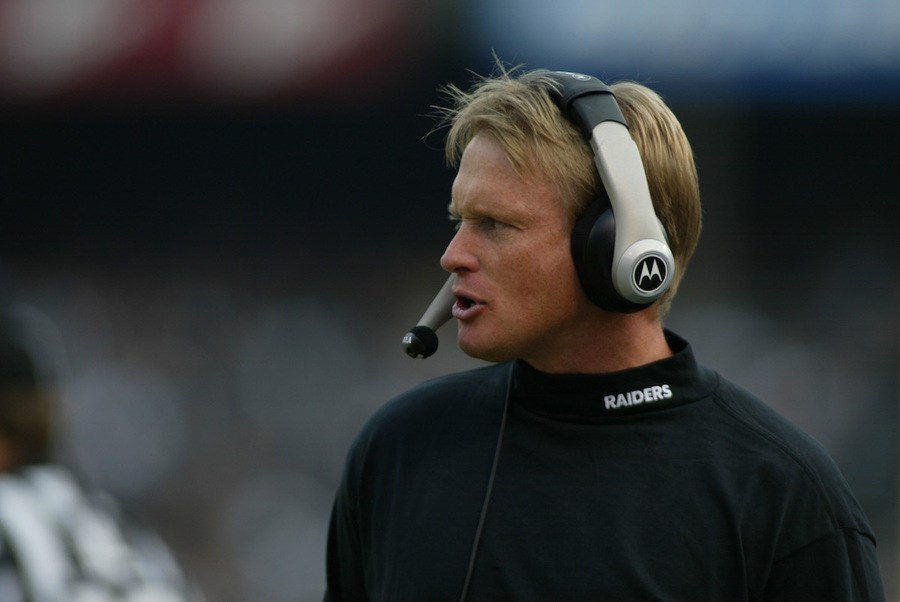 Though Gruden was the Raiders first choice, the team still had to interview additional candidates to comply with the Rooney Rule, which requires teams to consider minority head coaching options. The NFL said the Raiders complied with the rule, though no other candidates have been revealed.

Gruden, who will work under general manager Reggie McKenzie, is the 12th head coach since 1960 to coach the same team multiple times. It's been 16 years since he was last in Oakland, which is the longest gap for any of those two-time coaches.

During his first stint with the Raiders, Gruden went 38-26 during the regular season and 2-2 in two playoff appearances. He was traded to the Tampa Bay Buccaneers in 2002 for $8 million, two first-round picks, and two second round picks.

Gruden won the Super Bowl in his first season with the Buccaneers. If he can do the same with the Raiders, he'll be worth every penny.