Quarterback Brock Osweiler Retires, But He Made An INSANE Amount Of Money Per Win

After seven seasons in the NFL, Brock Osweiler is calling it quits. The quarterback retired earlier this month, ending a career that saw him play for the Denver Broncos (twice), the Houston Texans, and the Miami Dolphins. Osweiler was also traded to the Cleveland Browns (more on that in a bit) but never played with them.

Despite never starting a full season, a 15-15 overall record in games he did start, and a career 37 to 31 touchdown to interception ratio, Osweiler did very well for himself. He made $41,396,679 over his career and won a Super Bowl ring – all before turning 30 years old.

Though football is a team sport, a quarterback is often judged by his team's record. Osweiler's 15-15 record might not jump off the page, but his per win earnings do. Each win was worth $2.76 million. 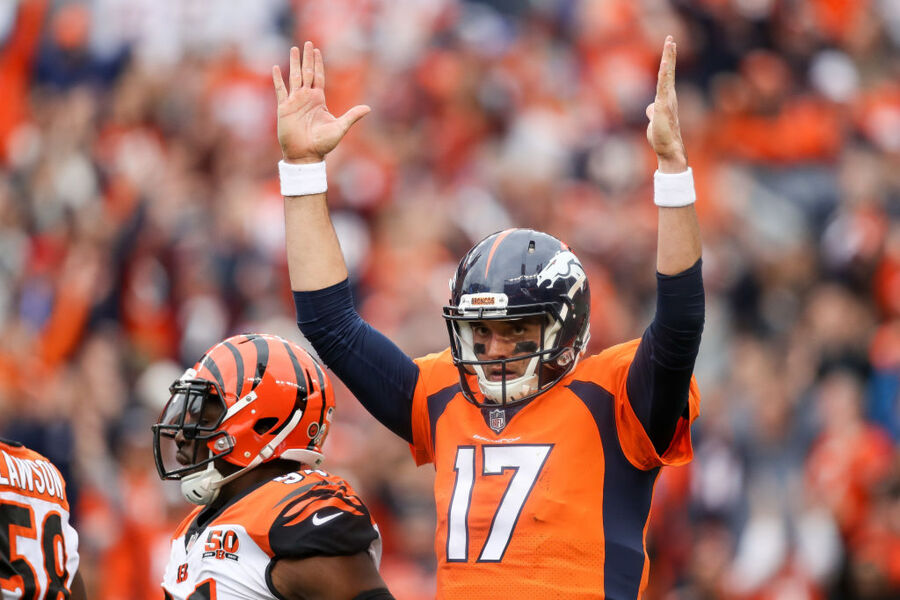 Osweiler spent four seasons serving as Peyton Manning's backup in Denver before signing a four-year, $72 million deal ($37 million guaranteed) with the Houston Texans. He set a Texans franchise record for interceptions with 16 and was benched towards the end of the season. The Texans traded him to the Cleveland Browns that summer, adding two draft picks in exchange for a fourth-round compensatory pick.

The Browns absorbed some of Osweiler's cap hit, but he never played a down in Cleveland. The team cut him in favor of DeShone Kizer, who threw 22 interceptions that season.

After being cut, Osweiler returned to Denver, starting four games for the Broncos in 2017. Denver paid $775,000 to sign their old quarterback. That left Cleveland to pay the remaining $15.25 million of the guaranteed portion of Osweiler's contract. Again, he never played a game for the Browns.

Osweiler's final season was with the Miami Dolphins. He began the season as a backup but thanks to an injury to Ryan Tannehill, Osweiler got to start five games.

Osweiler didn't even make it to the end of his contract, but don't feel too bad for him. He still made about $6 million per year and will retire with a championship and his health. Most people would call that a darn good career.