Puma Is Making A Return To Basketball In A Major Way

When you think of basketball shoes, the first thing you probably think of is Nike. Despite some competition from other companies brand with the Swoosh logo, along with its Jordan Brand line has had a stranglehold on the basketball shoe market for decades. But one company that has been out of the basketball game for two decades is making a big splash in its return to the hardwood.

Puma, one of the world's oldest sportswear companies, has made a string of moves over the course of the past week in an effort to return to prominence on the basketball court. Last week, the German company surprised many after news outlets reported that Marvin Bagley III, a likely Top 5 pick in this week's NBA Draft, signed a 5-year deal with Puma. The signing marked the first time Puma signed a basketball player to an endorsement deal since Vince Carter in 1998 (Carter left Puma for Nike just a year later).

But Bagley's signing was just the beginning. On Monday, Puma announced a series of moves that will undoubtedly put some pressure on its competitors.

The company announced Monday that they had signed Deandre Ayton, projected by many to be the top pick in this week's NBA Draft, to a four-year, multimillion-dollar footwear and apparel deal. When asked about the deal, Ayton referenced his Bahamian upbringing as to why he signed with Puma. "Puma is pretty popular in the Bahamas," said the 19-year-old. "I've always seen the brand growing up. [Bolt] is one of the first people I saw with the brand. It's important to me that someone I identify with and admire as an athlete is with the same brand." 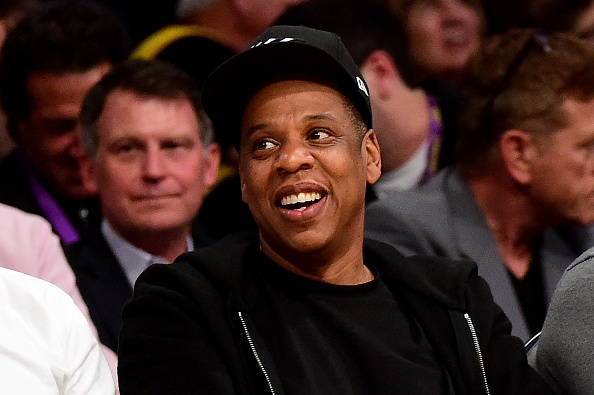 In addition to signing Ayton, the company signed one of the most important athletes in its history; Walt "Clyde" Frazier, to a lifetime deal. The New York Knicks legend and the namesake of the legendary Puma Clyde shoe, was in attendance at an event at Puma Basketball HQ in Brooklyn where he signed the deal.

When talking about the Puma Clyde, Frazier said, "I came up with a lighter shoe, a little more padding on the inside and that was the beginning of the Puma Clyde and the shoe has been timeless. During my career I endorsed Puma and then there was a lull in the action. Then, the breakdancers brought it back. After that fling, the retro craze brought it back. Here we are 40-some years later — I'm still synonymous with Puma Clyde and passing the tradition on to younger guys."

The best news though, was arguably saved for last. Adam Petrick, Puma's global director of brand and marketing, had originally stated in an interview on Monday that Jay Z would serve as the President of Basketball Operations. But he later clarified his statement, telling ESPN, "I can confirm that according to his deal with Puma, Jay-Z's official designation is creative director … I referred to him [earlier] today by an informal designation."

Jay Z's responsibilities with Puma will involve working with art direction for Puma's shoes, in addition to shaping the general concept of the company's basketball division. He reportedly will not be involved with choosing players for sponsorship deals.

All in all, Puma is making major moves.