The link between traditional sports and video games is growing closer. eSports has grown into a nearly $1 billion industry with viewers in the millions, and traditional sports news outlets, top brands, and athletes have started to enter into the lucrative world of gaming. Brands like Nissan, Intel, Pepsi, Coca-Cola, and Red Bull are pouring in roughly $325 million to sponsor players and events. Athletes are using their competitive spirit to put together hot gaming teams, host events, and raise awareness about the growing phenomenon of eSports.

NFL player Rodger Saffold of the Los Angeles Rams owns a team called Rise Nation. The team primarily plays first-person shooters Call of Duty and Overwatch on the global stage. He started playing Call of Duty in college and was encouraged to organize a team after streaming his games on Twitch. His amateur team was boosted by his connections to the NFL, and his amateur team was able to get into the professional circuit. They decided to expand into Overwatch to help them become internationally recognized. 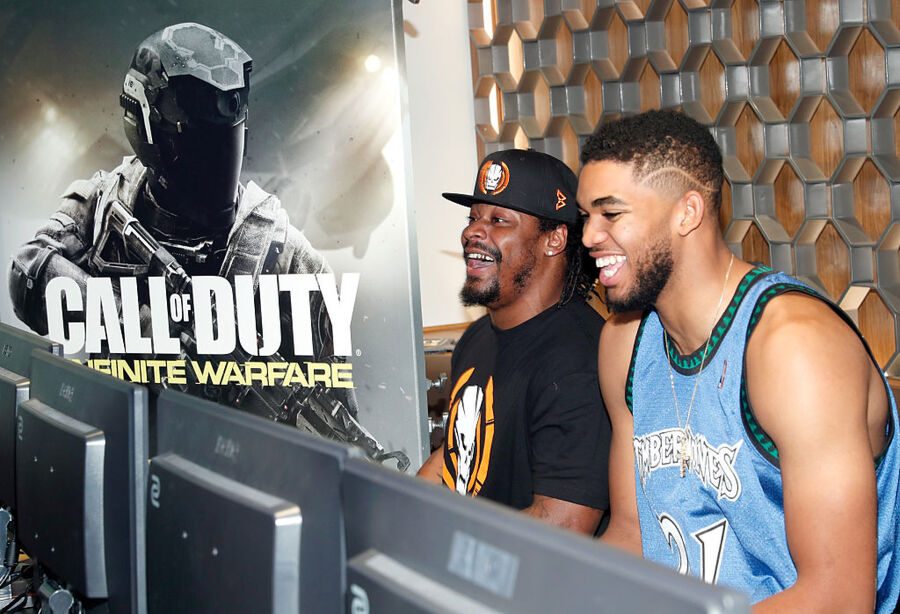 NBA champion Rick Fox bought a League of Legends eSports team known as Gravity Gaming for $1 million and rebranded it into Echo Fox after studying the industry for three years. An up-close-and-personal look at League of Legends creators Riot Games helped him make the decision to purchase the team. He was also a partner at Twin Galaxies, the official video gaming world-record, and player ranking authority.

Echo Fox has already expanded into the ELeague and Counter-Strike: Global Offensive (CS:GO) since Fox has taken over and plans to add additional teams, with representation in the fighting game community as well. Fox believes eSports will rival the NHL in two years. For comparison, the Stanley Cup was watched by 38 million people, while the League of Legends World Championship had over 36 million viewers worldwide.

Sacramento Kings owners Andy Miller and Mark Mastrov invested in eSports franchise NRG eSports, which specializes in League of Legends and CS:GO. Together with NBA superstar Shaquille O'Neal and baseball players Alex Rodriguez and Jimmy Rollins, the team is trying to broaden the audience beyond the existing fan base. A-Rod was specifically brought in to talk to the team about dealing with the level of pressure in competition. Similar to any professional athlete, eSports pros practice 10-12 hours a day and are committed to being a part of the team. The fans are no less crazy, and the games are no less emotional than those of traditional sports.

Many other professional athletes are avid gamers and eSports fans. Utah Jazz star Gordon Hayward is an avid League of Legends player looking to get into the industry. Brooklyn Nets guard Jeremy Lin attended the Dota 2 Finals at KeyArena, and plays the game weekly, even during the NBA season. Brazilian pro soccer player moved from real-life soccer to FIFA eSports and defeated the 2015 FIFA Interactive World Cup winner in a game. Others, like Seattle Seahawks superstar Marshawn Lynch, have been invited to appear inside the games themselves.