Renting A House To Prince Was An Interesting Experience. Just Ask Carlos Boozer…

The doves are not the only ones crying. Millions of fans around the world are mourning the passing of a true music legend. He's been known by many names over the years, and at one time, by just a symbol. He was born Prince Rogers Nelson, but will forever be remembered by his fans as the Purple One – Or simply "Prince."

As the news of his passing spread over the internet Thursday morning, fans of all ages took to social media to express their sadness. Many shared clips of favorite songs, memories from concerts, or they talked about what his music meant to them. His movie, Purple Rain, was not available on Netflix, but MTV came to the rescue and aired it Thursday night.

In the days to come, celebrities and fans will likely be all over entertainment news and the internet talking about Prince and sharing their own stories. In the sports world, there are two tales that will likely be heard over and over: how Prince gave one of the best halftime performances in the history of the Super Bowl, and how he rented – and trashed – the Beverly Hills house of former NBA star Carlos Boozer. 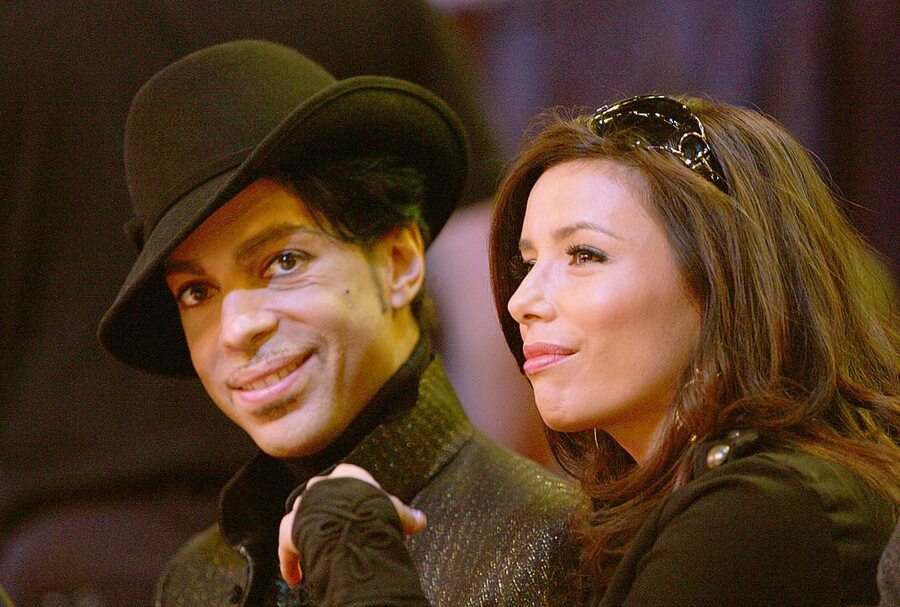 To say he trashed it, makes it sound like he went all Johnny Manziel/Nerlens Noel type-crazy inside the house, but that was not the case at all. He just made a few major alterations, and added a few personal touches in order to make the home fit for a Prince.

An ESPN story from 2011 detailed what happened, as told by former Chicago Bulls guard Jay Williams, during an appearance on the Waddle and Silvy radio show:

"Booz told me how he had this massive house… blue fountain waves kind of came down, streaming water that led to the front door and all this great stuff. And I remember him calling me, 'Dude, you will never guess, I rode past my house like three times, I had no idea it was my house.' "

Apparently, Prince added his symbol to the front gate, converted the master bedroom to a hair salon, made the blue water purple, knocked out walls, and even changed the molding on the ceiling. Boozer reacted like any landlord would react: he was mad. But when he confronted Prince, he didn't stay made for long. According to Williams, Prince defused his angry landlord by handing him a check for $1 million:

"Here, Boozer, here is a little check for about a million, it'll take care of everything, get it back the way you want it."

"This little man is cool as hell."

As the story goes, when Prince moved out, he had the house returned to its original condition. Boozer eventually sold the house for a tidy profit and moved to Miami. If only all celebrity tenants could be a little more like Prince.