ESPN does not have a direct say in who plays in which ball games, but the network may want to bend the ears of a few decision makers next year when bowl season rolls around. Thanks to poor ratings for the semifinal games, the network is going to be forced to pay advertisers $20 million in make-goods.

Between the two games, there were about 12 million fewer viewers this season relative to last season. Since both games failed to reach ratings estimates, guaranteed by ESPN, the network has to give some of the money back that they collected from advertisers. 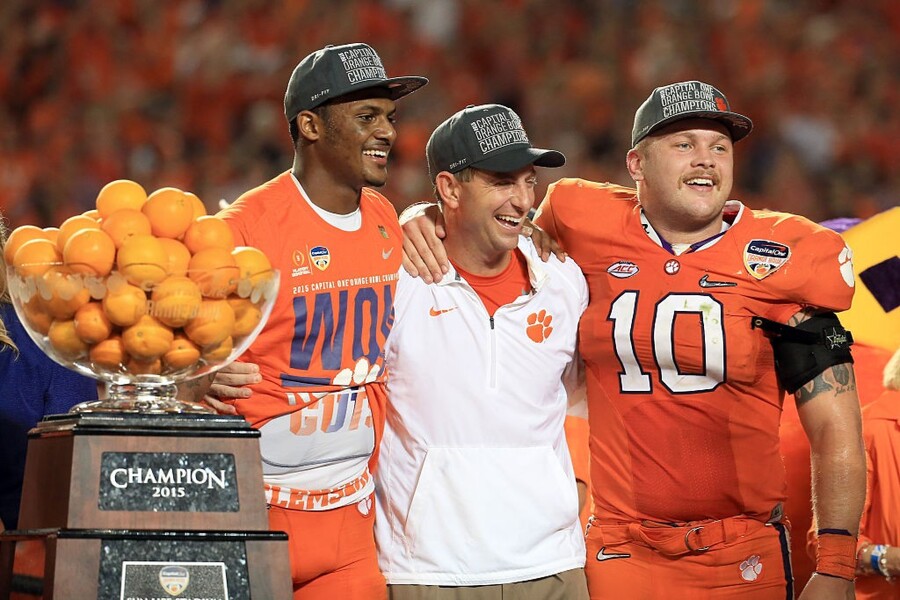 The obvious answer would be the timing. For some crazy reason the semifinal games were played on New Year's Eve when the world is looking to go out and party; not sit down and watch a football game. Combine that with the fact that both games were pretty boring and you have the recipe for disaster in the ratings.

CFB executive director Bill Hancock offered another pretty amusing excuse: Someone suggested to me Star Wars was a factor (in TV ratings).

The Force was definitely not with the ratings (or Oklahoma or Michigan State). Had the movie been released that weekend he – or whoever suggested it to him – might have an argument, but the movie was released on December 18.

No, the problem was not with competition for viewers, but with the lack of competition in the games and the date. One would hope the top four teams in the country would offer each other a little more competition than they did, but then again—there is a reason why Clemson and Alabama were ranked No.1 and 2.

So why not just move them out to New Year's Day?

For some crazy reason, Hancock is convinced that the games need to be played in what he refers to as the 'holiday season,' and that to push them out beyond even January 2 would be a bad idea.

"I'm confident we're right to get the games back into the holiday period," Hancock said. "That was a good move for us. We heard from people in the BCS. January 2, 3, 4, 5 just wasn't working. I think we were on the right track for that. We're just going to have to look and see about New Year's Eve."

At least for the near future, it doesn't appear as if much will change. The semifinal games will continue to be played on New Year's Eve except when the Rose Bowl is scheduled to host one (Rose Bowl officials refused to move the day of the game).

So next year advertisers should not have high expectations for ratings either, but 2017 should be better.