Last season, the Oakland Raiders made the playoffs for the first time since 2002. Less than two months after the Super Bowl, the Raiders announced a move to Las Vegas.

While the team will remain in Oakland this year (and possibly up to two years after that), every player on the roster that's planning to sign a long-term deal would be wise to think about their next contract. Specifically, they should structure it so the majority of guaranteed money comes when the team is in Las Vegas.

Why? It's a simple matter of state income tax. In California, players pay up to 13.3 percent of their income in state taxes alone. That's the highest rate in the United States. There's no state income tax at all in Nevada.

Quarterback Derek Carr has already put this plan into action. He signed a five-year, $125 million deal that's more back-loaded than a typical NFL contract. It makes him the highest-paid player in the NFL by yearly salary, and more importantly, it lets him keep more of his money. 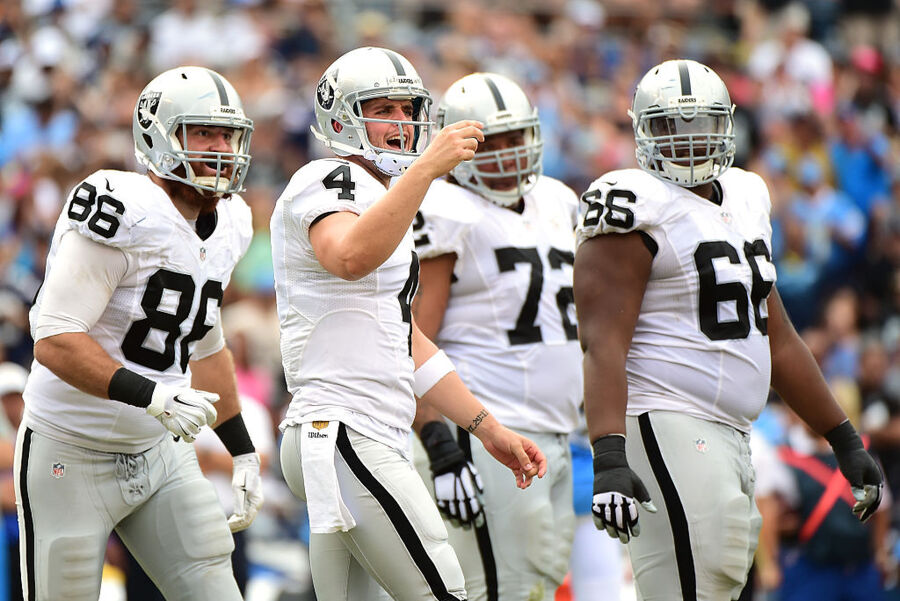 The team also signed guard Gabe Jackson to a five-year, $56 million extension. While the specifics of that deal haven't been disclosed, Jackson likely loaded up the back end of the contract, as well.

The Raiders have a few other key pieces to lock up, including Khalil Mack and Amari Cooper. Mack's contract expires in 2018 and Cooper becomes a free agent in 2019. It makes sense for the Raiders to try to extend these players now, when they'll be at a slightly discounted rate.

Mack is likely due somewhere in the neighborhood of $110-$120 million over six years – but that number could increase if he has another terrific season, or if another top defensive lineman gets a big deal in the meantime. The Raiders have the cap space available, so they'd be wise to ink Mack to a long-term deal.

Mack, meanwhile, should structure things so that he's making the majority of his money in the final three years of his contract. Let's keep things relatively simple and say he signs for $120 million with $70 million guaranteed. Assuming the Raiders stay in Oakland until 2019 and the money is distributed evenly over six years, Mack stands to lose between $4.6 and just under $8 million to state taxes.

However, if he structures the deal to pay him significantly more in years four through six of the contract, he'd save millions. Even just a gradual raise each year would help tremendously. Again, to keep things simple, let's say he instead makes just $20 million in his first three years, with the remaining $50 million guaranteed spread out over the final three years. Not only would he lose $2 million less to taxes, he'd have $50 million of tax-free money once the team is in Las Vegas. Not too shabby.

While these numbers are hypothetical, the lesson is real. To maximize their earnings, players should guarantee as much as they can in the latter half of their contracts.